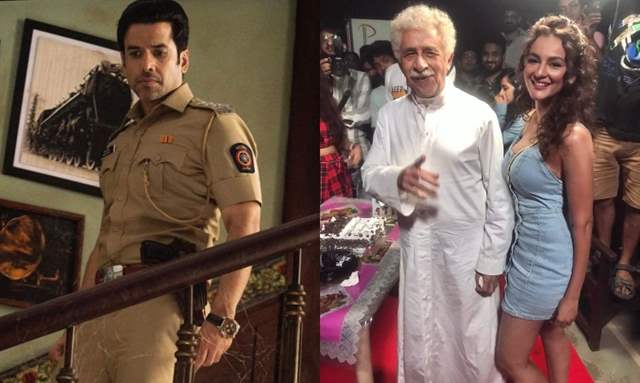 After carving a mark in the south industry, Seerat Kapoor is all set to make a Bollywood debut with the film Maarrich. The actress was launched in the Telugu industry with the film "Run Raja Run" and gave back to back hits working with legendary actors like Naga Arjuna and Ravi Teja as their love interest.

Seerat Kapoor will be soon making her Bollywood debut as the leading lady alongside legendary Naseeruddin Shah and Masti actor Tusshar Kapoor. The film 'Maarrich" is a whodunnit thriller genre where she will be playing the key lead role in the film. She recently posted a picture with Naseeruddin Shah and captioned it saying, "And it’s time I share the first cake of 2021 with you! ????The seeds of your blessings and love galore have gifted me the opportunity to embark upon the next chapter of my journey. My heart skips a beat as I announce my Bollywood debut feature film ‘Maarrich’ ?? Naseeruddin Sir it’s been an honour to stand besides you as costar. Thank you for being such a gem and sharing with me an experience of a lifetime! Eternally grateful to @tusshark89 @dhruvlather @shobha9168 for trusting me with the film's vision. C O M I N G S O O N"

A few days ago, Tusshar Kapoor announced the project on social media. Sharing his look as a police officer, the actor wrote on social media: "Almost 20 years down this wonderful journey of making stories come to life, beginning 2021 with #Maarrich.... a departure from my usual style, a film that challenges me every day to evolve as an actor! Excited to share glimpses with you all, even more, excited to share screen space with Naseer Sir after so long!"