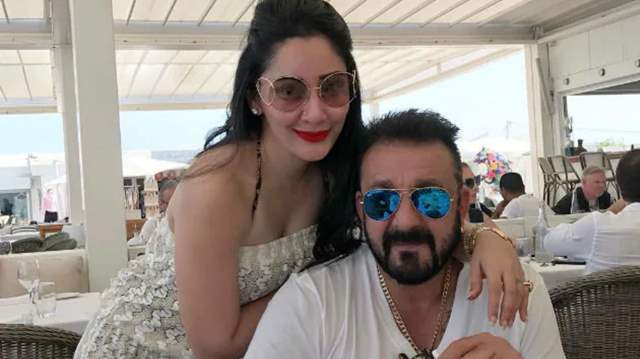 Sanjay Dutt is a name that needs no introduction. Sanjay Dutt, the son of famed actresses Nargis and Sunil Dutt, made his Bollywood debut in 1981 with his father's movie 'Rocky.'

Needless to say, Sanjay Dutt has made great strides in his four-decade career and has brought us innumerable hit films such as Sadak, Vidhaata, Vaastav, and Munna Bhai MBBS, and others. And now, as the actor turns a year older today, his wife Maanayata Dutt has penned a heartfelt greeting for him.

Sharing a picture of Sanju Baba clicked during his workout sessions, where he can be seen flaunting his biceps, Maanayata wrote, "Happy birthday my rockstar!! ❤️Keep rocking and inspiring as always and ever!! ❤️ #endlesslove #love #grace #positivity #dutts #beautifullife #thankyougod".

Recently Baba penned a heartfelt note in support of his film Shamshera as it received a flak on box office. He wrote, "Films are acts of passion - passion to tell a story, to bring to life characters you've never met before. Shamshera is one such labour of love to which we gave our all. It's a movie made up of blood, sweat and tears. It's a dream that we brought on screen. Movies are made for audiences to relish. And every movie finds its viewers, sooner or later.

Shamshera found a lot of people hating on it; some of the hate came from people who didn't even watch it. I find it horrible that people don't respect the hard work we all put in. I admire Karan as a filmmaker, and mostly as a person. He is one of the best directors I have worked with in my long career of four decades. He has the knack of giving characters that strike a chord."

He also added, "I thank the whole unit - cast and crew of the film who stayed with the film for four years, through the pandemic, through my own personal rough times. Ranbir and I have forged a bond for life with this film. His craft and ability to depict emotionality on screen is par excellence."

The film starring Ranbir kapoor, Sanjay and Vaani Kapoor hit the theatres on 22nd July but failed to captivate the viewers.