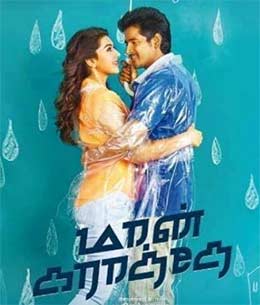 Sivakarthikeyan-starrer Tamil romantic-comedy "Maan karate", which released Friday, has raked in Rs.10.83 crore at the box-office in the opening weekend in Tamil Nadu. This has turned out to be the biggest opening for the actor.

"This has turned to be the biggest opening in Siva's career, superseding the box-opening of his last release 'Varutha Padatha Valibar Sangam', which was also a blockbuster. 'Maan Karate' has collected a whopping Rs.10.83 in the opening weekend in the state," trade analyst Trinath told IANS.

This medium-budget film was heavily criticized by critics.

"The critics ripped the film apart but it still did good business because it's an out-and-out commercial entertainer. It's continuing to do great business in the B and C centres," he added.

"Maan Karate" was jointly produced by P. Madan and A.R Murugadoss, who had also penned the story.