In the final installment of our feature celebrating the poetry month, we honor the talented poet and lyricist, Sameer. 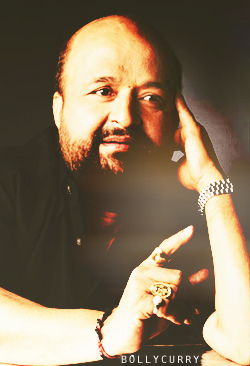 Born on February 24th, 1958 near Banaras, Uttrar Pradesh, to famed lyricist Anjaan (Shri Lalji Pandey), Shitala Pandey is popularly known by his pen name Sameer. Sameer completed his post-graduation in Commerce and obtained a position as a bank officer at the Central Bank of India. Not long after starting his new job, he realized that his true calling was in the arts and left his job to move to Mumbai in order to pursue a career as a lyricist. Sameer's decision to try his hand at the film industry was received unenthusiastically by his entire family. Despite the opposition including his lyricist father, he followed his dream. As a newcomer in the industry, Sameer gained the attention of Bollywood heavy weights thanks to his father's name. However, he knew that being the son of a lyricist came with big expectations; ones that he was determined to live up to.
Sameer made his debut as a lyricist with the 1983 film Bekhabar, where he wrote the song "Gori Pareshan Hai Kali Pareshan Hai". The turning point in his career came in 1990 thanks to two major releases. First was the Aamir Khan and Madhuri Dixit starrer Dil. The film was a major hit and the soundtrack appreciated by audiences. The song "Mujhe Neend Na Aaye" gained him much deserved attention. The second film, Aashiqui, created rage among audiences especially for its soundtrack, which is considered one of the greatest Bollywood soundtracks of all time. The movie catapulted Sameer into the big leagues of Bollywood lyricists and earned him his first Filmfare award.
Sameer added two additional Filmfares to his resume for "Teri Umeed Tera Intezaar" from  Deewana(1992) and "Ghunghat Ki Aad Se" from Hum Hain Rahi Pyar Ke (1993). Throughout his career, he has collaborated with a plethora of composers, notably with the famous duos Nadeem -Shravan and Anand-Milind, with whom he shared a good rapport and partnered on many films. Today, Sameer has clearly established himself as a premier lyricist in the Indian Film Industry writing about 4000 songs in over 500 films including Saajan, Raja Hindustani, Kuch Kuch Hota Hai, Dhadkan, Kabhi Khushi Kabhie Gham, Devdas, Saawariya and more recently Raajneeti and Shor in the City.
With this ends our feature celebrating the glorious poetry month. As this edition, dedicated to one of the most prolific lyricists of our time comes to a close, BollyCurry leaves you with a list of some of Sameer's most popular creations. He undoubtedly has a way with words and his songs testifies for it. Which one spoke to your heart? Let us know in the comments below.
1)  "Nazar Ke Saamane Jigar Ke Paas" - Aashiqui 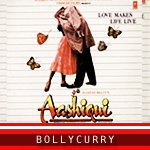 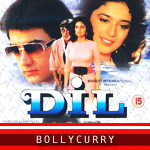 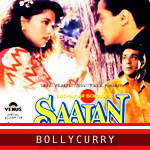 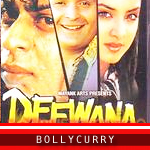 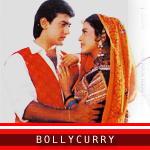 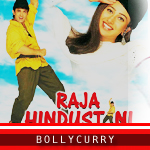 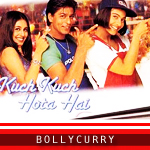 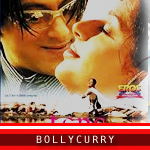 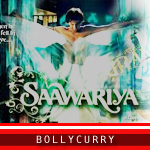 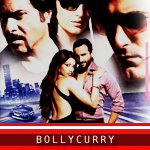 Writer: Marsh P.
Editor(s): Nabila S. and Jenifer Y.
Graphics: Fizii.
Do you have a suggestion or comment for BollyCurry? Drop us a PM at BC_Dropbox today.
5 Likes