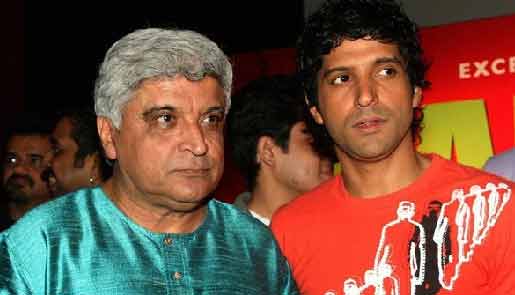 "We're calling all of my father's friends and colleagues for lunch at the farmhouse in Lonavala," said Farhan.

The actor-filmmaker-singer-activist himself turned a year older Friday. He celebrated it with choreographer-filmmaker Farah Khan, whose birthday falls on the same day.

"She is my cousin, and a very dear friend. This time it was a very special birthday for Farah since she turned 50. Farah had a big party where she invited all her friends from the film industry. I guess that includes my friends as well."

Since Farhan also cut a cake at Farah's party and met all his friends, he felt there was no need for another birthday party.

"I just spent a quiet day on my birthday with my wife and daughters. I think that is a very important part of the celebratory spirit. To spend quality time with the ones who really matter," said Farhan.

Looking back on the year gone by, Farhan said: "There was a lot to do. Whether it was my music, or my two acting assignments -- my sister Zoya Akhtar's 'Dil Dhadkane Do' and Bejoy Nambiar's 'Wazir' -- or my work with my social campaign MARD, the plate was full. But I feel there is so much more to do."