Mumbai, Sep 13 (IANS) Versatile Konkona Sen Sharma, who has played a wide array of roles and acted with many top actors, insists a long-lasting friendship is possible in Bollywood.

'Of course, lasting friendships are possible! I've made some very good friends, like Ranvir Shorey, Sandhya Mridul and Tara Sharma. I don't like problems with anyone. I'm a typical laidback hassle-free Sagittarian. Don't want to take anything to heart because it's too much stress,' Konkona told IANS. 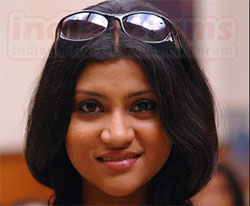 Featured Video
Recently she teamed up with Jaya Bachchan in Rituparno Ghosh's 'Sunglass' and Pradeep Sarkar's 'Laaga Chunari Mein Daag' and Konkona had a ball shooting with the senior actress.

'Jayaji and I got along like a house on fire. We're playing mother-daughter in two back-to-back films - Pradeep Sarkar's 'Laaga Chunari Mein Daag' and 'Sunglass'. And we do look like relatives.'

In fact, the actress has no problems getting along with anyone.

'Actually I'm a very easygoing person. I got along very well with Kangana Ranaut during 'Metro', though at first we were shy of each other. By the time the wrap-up party happened, we were sitting together and sharing drinks.

'And Madhuri Dixit in 'Aaja Nachle' was such a delight. One thought her being this mythic actress meant she'd keep aloof. But she was so much fun. She played games like dumb charades with us when we weren't shooting. And she invited all of us in the cast and crew to her son's birthday.'

In Ghosh's 'Sunglass' Konkona tried comedy for the first time.

'Though 'Mixed Doubles' was a comedy, I didn't have any humorous scenes. Ranveer (Shorey) had the funny scenes. I didn't. In 'Sunglass' I do comedy and I enjoyed myself.'

'I wonder when Rituda will release the film! He went to another film 'Last Lear'. Jayaji and I have been at his head to release it,' she said.

The film also stars R. Madhavan and Raima Sen and has been simultaneously shot in Bengali and Hindi. 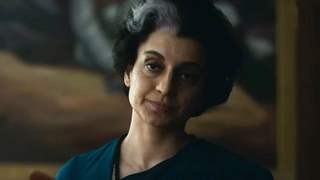