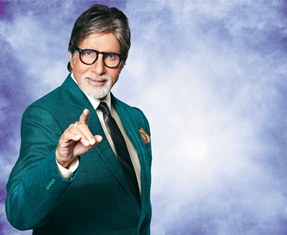 The episode starts with roll over contestant Sheela Gupta from Udham Singh Nagar gulabroj in Uttrakhand. She is playing the game for her kids education and to help her husband. During the game Sheela tells AB that a lizard landed on her which turned out to be lucky which is why she is on the hot seat today, to which AB says that one fine morning he got up and he found two lizards sleeping beside him in his hostel which is why he is the judge of this show today.

In one of the interactions with the contestant's husband, AB narrated a story about his father Harivashrai Bachchan and how he used to leave the house in the morning and be back late in the night. Whenever AB used to ask him why he is always so late his father replied "Paisa bahoot muskeel se kamaya jata hai".

History repeats itself for the host when he had to answer similar questions from his father whenever he came late after shooting for several films. His father would come to the door and ask him why do you come so late in the night?'  to which he used to say "Babuji paisa bahoot muskeel se kamaya jata hai". The next contestant on the hot seat is Poonam Sethi from Jabalpur MP a housewife.