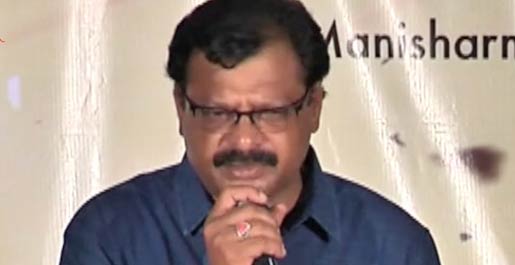 "I had narrated a few lines four years ago. Since then we've been in talks and even met at public gatherings, but somehow the project didn't materialise. He remembered what I had narrated and called me last year and expressed his interest to work on it. I felt this project was destined to happen with him," Deva told IANS.

"What's heartening is that he didn't forget about this project even though he heard it long back. Though I wrote the script four years ago, over the years I made slight changes to it by keeping in mind his image, body language and even the response to his previous films," he said.

Satya said that Balakrishna deserves all the credit for the successful completion of "Lion".

"He owned this project like it was his own. He liked the script so much that he started caring and loving it. He plays Godse and Bose; two characters with different shades. He took these characters as a challenge and worked extremely hard," he said.

For one of the roles, Balakrishna, 54, even shed weight.

"For the role of Godse, he lost about seven kg. Agreed that actors like Suriya and Vikram have experimented with their bodies, but there was no need for Balakrishna to lose weight at his age. But he didn't mind taking that effort for the sake of a character," he added.

According to Satya, for nearly four months, Balakrishna survived on only two meals a day.

"Lion" is the follow up to Balakrishna's blockbuster "Legend", which recently celebrated a record 400 days run in a few theatres in Andhra and Telangana.

Satya says pressure was constantly riding on his shoulders.

"More than the pressure, there was huge responsibility of delivering another hit and matching the success of 'Legend'. But Balakrishna took the pressure off me and supported from the beginning till the end. His encouragement was a big morale booster," he said.

Explaining the reason behind the film's tile, Satya said: "The qualities you find in a lion can be found in the characters of Balakrishna in the movie. In real life too, he possesses some qualities of a lion, and this made us zero in on the title 'Lion'".

But this is not the first time the lion (simha) reference has come in Balakrishna's film. He has hits such as "Narasimha Naidu", "Samarasimha Reddy" and "Simha" to his credit.

"We also took that 'simha' sentiment into consideration as well. Moreover, I'm an ardent devotee of lord Narsimha. We also felt the title 'Lion' goes well with his image among the masses," he said.

Asked if Satya had kept in mind the political image of Balakrishna while penning the script, he said: "He's an actor first, and then a politician and a party representative. Above all this, he has an image that needs to be protected on screen. Therefore, I had to keep his political image in mind while working on the movie."

He clarifies that "Lion" won't be a "political film" and will feature all the right emotions usually associated with Balakrishna's movie.

Satya chose Trisha as the film's leading lady because she hasn't worked with Balakrishna before and felt someone as senior and experienced as her would be apt for the role.