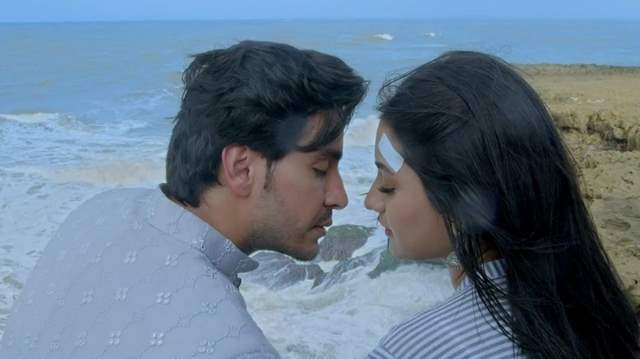 The current track of the show revolves around Ishqi and Ahaan’s wedding rituals. However, Dadi and Rhea are trying to bring obstacles amid their relationship.

The character of Ahaan Veer Malhotra has progressed beautifully and he is now coming out as a perfect partner for his love Ishqi. India Forums got in touch with Param and asked him about the pleasant change in the character, he said, “I’m loving this romantic side of Ahaan. Audiences are also loving the brewing romance between Ishqi and Ahaan. All this while Ahaan’s character has been extremely intense and now he has turned all romantic which is a good change for me as well since now I am doing few lighter scenes. So, yes, I’m enjoying this pleasant change”.

Speaking about the wedding track, Param had said, “We’ve shot for a grand wedding celebration. I’m sure audience will love the dance sequence amidst one of the wedding functions. It has been very beautifully shot. It was fun to shoot such sequence with my enthusiastic star cast. I’m hoping they (audience) like the upcoming episodes. They’re quite entertaining”.

There will be a major twist amidst IshqAan’s wedding as Ishqi gets kidnapped while Ahaan feels that Ishqi ran away from the mandap. An agitated Ahaan decides to tie the knot with Rhea.

+ 6
3 months ago Ishq Par Zor Nahin is a show that keeps you glued to TV . Param Singh and Akshita Mudgal are a perfect couple