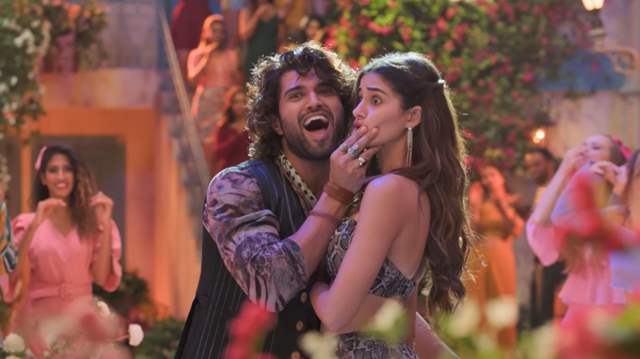 Liger, an action drama directed by Puri Jagannadh, starring Vijay Deverakonda, is getting ready for its theatrical release, and promotional efforts are in full force. The first track from the film, Akdi Pakdi, which also stars Ananya Pandey, is out now.

This Liger dance track is fantastic and has some upbeat beats. Anurag Kulkarni and Ramya Behara provided the song's high-pitched vocals, while the tune was produced by the Lijo George-Dj Chetas combo.

Vijay Deverakonda's classy and massy sides are both displayed in the song. Ananya, on the other hand, is looking gorgeous throughout and the duo has managed to pull off some amazing steps. The visuals appear opulent, giving it an organized feel.

Sharing the songs on their social media handles makers and the cast wrote, "Lets go boys! 🕺🏻 Start Dancing to the #LigerMassStep 🤙🏾 Here’s the Blockbuster Mass Track of the year #AKDIPAKDI 💥💥 #LIGER #LigerOnAug25th."

Sagar wrote the song's Tamil translation, and he and Vaishnavi Kovvur delivered the vocals. Speaking of the Malayalam version of Akdi Pakdi, Siju Thuravoor wrote it, and the vocalists are Vishnu Vardhan and Syama. The song's Kannada rendition, which was delivered by Santosh Venky and Sangeetha Ravichandranath, was written by Varadaraj Chikkaballapura.

Secondary roles have been played by Ramya Krishnan, Ronit Roy, Vishu Reddy, Ali, Makarand Deshpande, and Getup Srinu in the Pan-Indian movie, which is set to hit theatres on August 25. Versions of Liger will be available in Hindi, Telugu, Tamil, Kannada, and Malayalam. Star Network has acquired the film's satellite rights, while Disney+ Hotstar has acquired them for online streaming. 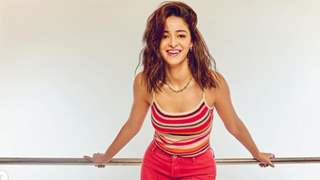 + 8
2 months ago Who wrote the lyrics of this one?? 😂😂 this reminds me of an age old toddler/kiddie game named “adako dadko dahi daduko” 😂😂😂

+ 3
2 months ago such stupid song..lol...& they want people to dance on that..there people will trend also ..arrgg..that heroine is also not heroine material..whenever they bring south actor to bolly, hardly these hero shines, except 1 or 2..they r good in south movies only..bolly is not for them..alfu movie & faltu song being hyped..another add to list for flop movies of bollywood...from 2 yrs hardly any bollywood movies r worth to remember..cant even know, which i liked last movie i watched..but can name south movies

+ 10
2 months ago What the hell kinda song is this. Why they dont make meaningful songs uff old is gold.

+ 6
2 months ago Loud, obnoxious, soul-less music is what Bollywood stands for today.How do people expect to remember such songs and connect with them?