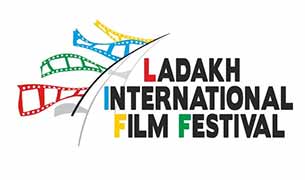 The much-awaited Hollywood movie "Transformers: Age of Extinction" will have a special showcase at the forthcoming Ladakh International Film Festival (LIFF) in Leh in the Jammu and Kashmir region, simultaneously with its worldwide release June 27.

Distributed by Viacom18 Motion Pictures in India, the film will have a green carpet showcase at the third edition of the movie gala touted as the highest altitude film festival in the world.

"We are thrilled to celebrate 'Transformers: Age of Extinction' as a special green carpet showcase on the same day that the film is releasing worldwide. The film will be screened at the open air theatre at Druk White Lotus School, made famous by Aamir Khan's movie '3 Idiots', which has a capacity of 20,000 people," Melwyn Williams, founder and festival director, Maruti Suzuki LIFF, said in a statement.

"Ladakh has a small group of indigenous filmmakers, who will hugely benefit from the technical brilliance of easily the finest sci-fi series of recent times," he added.

Directed by Michael Bay and executive produced by Steven Spielberg, the latest "Transformers" movie stars Mark Wahlberg and is fourth in the series of the famed franchise.