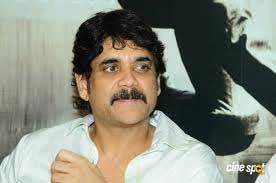 Dada Saheb Phalke Awardee Telugu actor Nageswara Rao, who was struggling with intestinal cancer, died here Wednesday at his residence. He was 90.

"He died in his sleep in the early hours of Wednesday morning at his residence. He had recently undergone surgery for his cancer and was recovering well," Nageswara Rao's manager told IANS.

He was diagnosed with cancer in October last year. He had publicly announced about it and requested his fans and well wishers not to shower sympathies on him.

Born Sep 20, 1924, Rao's 70-year-old career comprises a filmography of over 250 films. He had predominantly worked in Telugu as well as in a few Tamil films.

He started his career in theatre and plated even women roles in the initial years of his career. In 1944, he essayed the lead role in Telugu drama "Sitarama Jananam".

Some of his best films include "Batasari", "Devadasu" and "Prem Nagar". He was currently shooting for Telugu family drama "Manam" with son Akkineni Nagarjuna and grandson Akkineni Naga Chaitanya.

In 2011, he received the Padma Vibhushan award.

He is survived by two sons and two daughters.