Bollywood essentially thrives on romance. It is the portrayal of this genre that has helped this industry carve a niche for itself in the international market. For movie romance to be successful, it is necessary that the actors portraying the characters in love share an undeniable chemistry. Since the inception of Bollywood, there have been some couples who have created such magic whenever they graced the silver screen together, often leaving audiences asking for more. Till today, those couples are remembered and have been fondly titled, "legendary". BollyCurry looks at some legendary couples from the past and present and sheds light on the mark they have left in the eternal history of Bollywood. 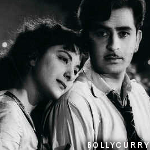 Pyaar hua, iqraar hua hai, pyaar se phir kyun darta hai dil?
A truly iconic song picturized on probably Bollywood's first ever legendary couple. Raj Kapoor and Nargis first worked together in the movie Aag, which was released in 1948. From there till 1956, they worked together in 16 films, many of which were blockbusters of that time and featured songs that are adored by ardent lovers of Bollywood music. The magical chemistry between this legendary pair only added fuel to the rumors of their passionate love affair off the camera, which has instilled itself as one of the most infamous Bollywood link-ups to this day. 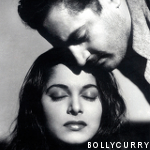 Guru Dutt is remembered today for many reasons: an actor, a director and a producer of many critically acclaimed movies. However, it is his pairing with the ever-graceful actress, Waheeda Rehman, that has been written in inerasable ink on the pages of Bollywood history. Some of their more popular films include Pyaasa, Kaagaz Ke Phool, Chaundvin Ka Chand and Saheb Biwi Aur Ghulam, all of which were produced by the actor himself. Though they shared space in only a handful of movies, their first fateful encounter off-screen, a passionate love affair and the untimely death of the legendary filmmaker after he had parted ways with his muse, makes this couple truly legendary. 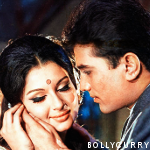 Rajesh Khanna has been called the "First Superstar of Bollywood" and rightfully so. The fan following which this man acquired in his prime was truly exceptional. He is remembered for many reasons and out of those, his chemistry with on-screen star Sharmila Tagore is one of the prominent ones. They starred in 12 movies together and among those, Aradhana (1969), Amar Prem (1971) and Daag (1973) remain the most memorable. The song "Mere Sapno Ki Rani" which still represents the feelings of a lover looking for his lady love, was featured on this legendary couple. 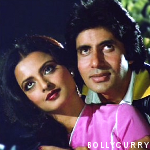 Bollywood's original 'Angry Young Man' had his iconic romance with the evergreen actress, Rekha. Their affair still manages to spice up any gossip conversations and is one link-up people refuse to forget. And why would they for this couple shared silver screen space in some great romances. Starting from Namak Haram (1973) till Silsila (1981), Amitabh and Rekha managed to stay in the limelight. Superhit songs like "Salaam-e-Ishq", "Pardesia", and "Rang Barse Bheege Chunar Wali" have immortalized the chemistry which these two alleged lovers share.

This real life power couple shared screen space for the first time in the 1970 movie, Tu Haseen Main Jawan and from there, they have worked together in close to 40 movies. It's no wonder that these two fell in love in real life, seeing the number of times they shared the screen together. Dharmendra and Hema was a favorite of both the movie makers and the audience. Hit films like Seeta aur Geeta, The Burning Train and the blockbuster Sholay had them starring in memorable roles. Dharmendra's iconic line, "Basanti! Inn kuton ke saamne mat nachna!" and Basanti's (Hema Malini) dance number that followed "Jab Tak Hai Jaan...Main Nachungi", remains one of the truly most spectacular film sequences in Bollywood cinema. 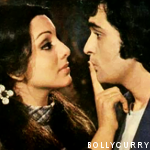 The Kapoor clan has been ruling Bollywood since its beginning. Amongst them, the reel turned real life couple Rishi Kapoor and Neetu Singh remains one of the most beloved by all. Since sharing the screen for the first time in the 1974 film Zehreela Insaan, this couple is still going strong today. Their latest film, Besharam, released just last month and featured their real life son, Ranbir Kapoor, in the starring role. They've shared screen in many critical and commercial successes such as Kabhie Kabhie, Amar Akbar Anthony and the more recent, Do Dooni Chaar. "Parda Hai Parda" remains the couple's most memorable song. 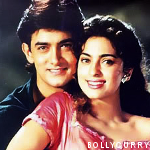 Qayamat Se Qayamat Tak (1988) shot the two young actors Aamir Khan and Juhi Chawla to overnight fame. Till this day, the movie is touted one of the most beautiful and tragic love stories of Bollywood. The pairing was a huge hit among the audience and they went on to star in multiple films together, out of which Hum Hain Rahi Pyaar Ke (1993) and Ishq (1997) remain the most popular. Sadly, their personal fallout prevented them from acting in more films together. However, fans still remember them for the brilliance they bought on-screen in the handful of films they shared. 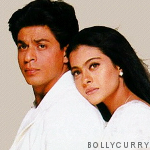 Truly the most legendary couple of recent times, Shah Rukh Khan and Kajol shared screen space for the first time in 1993 for the blockbuster Baazigar. Since then, this couple has never disappointed. The biggest hit of their careers, and of Bollywood cinema in general, Dilwale Dulhaniya Le Jayenge still manages to charm the audience with the beautiful love story of Raj and Simran. Together, they have acted in six movies but their romance in each and every one of them has worked wonders not only at the Box Office counters but in the hearts of their fans as well. Such is the charm of this couple that even today, 20 years after their first movie together, fans still wish to see them work opposite each other. Songs like"Ye Kaali Kaali Aankhen", "Tujhe Dekha" and "Suraj Hua Madham" are among the many songs that captured this couple's sizzling chemistry and immortalized their place in Bollywood cinema.

So, there you have it! BollyCurry's list of Legendary Couples. Who amongst the new comers do you think will join this list and become the next Legendary Couple? Let us know in the comments below!