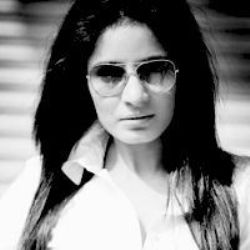 Tellybuzz had already reported about Leena Balodi, the actress who in spite of being hearing impaired, is striving to pursue her passion for acting.

The lady who has contribution to shows like Na Aana Is Desh Laado, Chintu Chinky Aur Ek Badi Si Love Story, will now be seen in Sony TV's CID.

A source informs, "Leena Balodi would essay a role of a woman who is married to an NRI, who eventually gets murdered. Finally, after the inspection our CID team gets to the conclusion."

She has already shot for the show and the episode would telecast this week.

When contacted Leena Balodi she confirms in spite of having an irritation in throat, "Yes, I have shot for the episode of CID and it's very interesting but i can't reveal much details about the same."

+ 2
9 years ago well good to c that there are newses related ti CID also on IF...though they have revealed the suspence the execution of the case remains a thing to watch...

+ 2
9 years ago oh wow article on CID.
What is this yaar suspense is killed. CID is about suspense and thriller and culprit is already known before the episode even aired. please do not post spoilers. and thanks for the article

9 years ago how can indiaforums do this...come on yaar the murderer gotta be some one else...they may be giving us a surprise for sure...they cant be revealing the actual killer...after all we need to be clever as we watch CID...BUT IF THE MURDERER IS REALLY Ms BALODI then DAMN IT.

9 years ago come on TellyBuzz- this is unfair and unacceptable !! how could you reveal the culprit beforehand !!

suspense is killed and the culprit is revealed ... not fair ...!!

we look forward to experience the thrill and wait to watch

how does the dynamic ACP traces out the mind behind the crime...?
how does the sharp shooter Sr. Insp. Abhijeet out thinks the culprit ...?
and how does the daring Sr.Insp. Daya overcomes the challenges and reach the culprit at the end...?

+ 5
9 years ago lol...what is the use of watching the episode now...the culprit is revealed..

+ 2
9 years ago The entire point of a crime thriller is compromised if the identity of the culprit is revealed in this manner. Simply stating that her role in the case is a prominent one could've easily sufficed. Please do be more careful about spoilers in the future.

Nevertheless, thanks for the info; I'm looking forward to the episode in order to get acquainted with her performance.