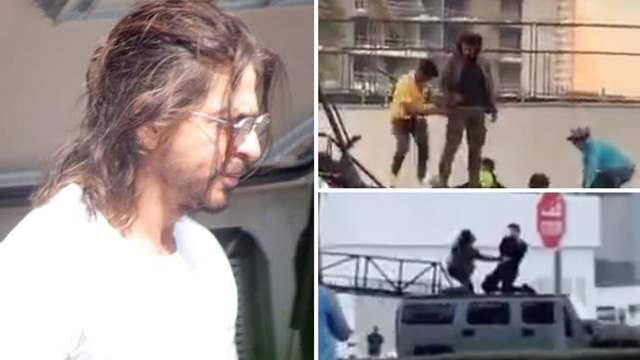 Shah Rukh Khan went missing from the big screen for two long years but the wait has finally come to an end as he continues shooting for his upcoming action film Pathan.

King Khan is making sure that his comeback with Pathan makes the loudest noise and becomes worth the wait for all his fans across the globe. Siddharth Anand’s Pathan is reportedly high on action and will see Khan in an extremely exclusive avatar.

Here’s a little treat for all SRK fans as we found some BTS clips from the sets of Pathan wherein we can see Khan acing some high octane action scenes on top of moving cars and buses. While his leaked look from the sets of Mumbai had already raised excitement among fans, these new clips are sure to pique your curiosity levels to the next level.

The leaked clips from the sets of a foreign location were shared by Khan’s fanclub on social media. In the videos, we can see Shah Rukh battling it out on top of a racing car.

Pathan also stars Deepika Padukone as the female lead, who is reported to play an edgy character and have action scenes in the film too. Meanwhile, John Abraham will play a baddie in the film.

Reports also state that Salman Khan will be seen in a cameo role in Pathan.