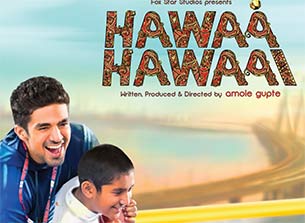 The new hoarding features the popular Amul girl and her friend as they imitate the characters played by Partho Gupte and Saqib Salim in the movie.

The Amul girl is shown vibrantly dressed in skating attire, holding slices of buttered bread and skating along the road with a phrase that reads: "HAVE A.HAVE AAI.SOME MASKA" splashed across the top, said a statement.

The inspirational story, which talks about the triumph of the human spirit, friendship and the journey of making one's dream come true, has pleased the critics.

The movie, that was presented by Fox Star Studios, has even wowed celebrities like Karan Johar, Juhi Chawla and Mahesh Bhatt.