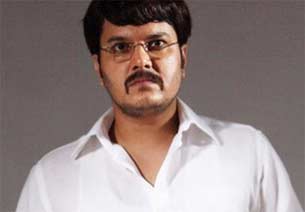 Sharique Minhaj, who made his directorial debut with the controversial movie on Gujarat's communal riots of 2002 titled "Chand Bujh Gaya", is now ready with his second project. This time he presents underworld don Abdul Lateef's life but clarifies that it is not completely a biography.

The Rs.3 crore film has yet to get clearance from the censor board.

The director says that a lot of Bollywood movies have been made on underworld dons based in Mumbai and Delhi. Now, he wants people to see the lives of Gujarati dons through his film "Lateef: The King of Crime".

"Many filmmakers have made films on dons from Uttar Pradesh, Bihar and Mumbai. There has been no focus on Gujarati dons. So, I chose to do a film on Abdul Lateef, who was a don and was politically well networked," Minhaj, who believes in making films with a strong message, told IANS.

"There is also a lot of Bihari and Punjabi flavour in Hindi movies nowadays. My film will break the monotony as it will offer something new. It has Ahmedabadi flavour," he added.

It is no coincidence that his second film too revolves around activities in Gujarat.

"I was freelancing with a channel as a coordinator and equipment supplier during the Gujarat riots. I spent two years there and I started taking interest in the cases," said the director, who has worked with TV channels like Doordarshan, ETC and Zoom.

Though the film is not completely a biography, Minhaj still had to do a lot of research and meet people who could help him with valuable and genuine inputs.

"I met Lateef's family. Initially, they had a few problems, they went through the script and wanted a few changes. But I told them that it is a biography with fiction so, later on they gave me the green signal. I also met a few politicians and police officials," he said.

If Lateef's family wanted him to make changes in the script, even Minhaj had similar thoughts.

"I kept changing the script as I wasn't completely convinced. I visited Gujarat in 2009 again then 2010 and 2011. Then I reworked my script," said Minhaj, who will also direct superstar Aamir Khan's brother Faisal Khan in "Chinar".

Shot in Gujarat, the political drama is yet to get approval from the films censor board, but he has big plans for its release.

"The tentative date is June 6. We are looking forward to its worldwide release. Places like Singapore, UAE, UK and the US are some of the countries we are looking at. We didn't spend much on shooting as we chose to film it in Ahmedabad and Kutch instead of Mumbai. It is made at a budget of approximately Rs.3 crore," he said.