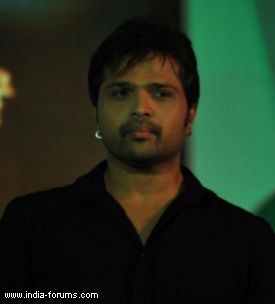 Composer-singer Himesh Reshammiya says he failed as an actor because he was not dedicated to the craft. However, he is confident about his forthcoming thriller "The Xpos".

"I failed because I was not dedicated as an actor. The kind of dedication, which was needed, was missing in all my films," Reshammiya told IANS.

From his debut movie "Aap Kaa Surroor - The Real Luv Story" to "Karzzz" - none could create a buzz at the box office.

"When my films didn't work, I wondered what was wrong in my acting graph, and then I realised the dedication I had for music, I didn't have the same for acting. So, I have given my dedication to my performance in 'Xpose'," he added.

In the past, the critics ripped his films apart, but the singer-actor says he has not received any negative comments so far on "The Xpose", coming out May 16.

"I have not received criticism for the film and if at all I get criticism, let's see. This whole game of hit and flops will always be there and I have survived because I am hit. I think industry works on hit and flop.

"I have given many hit songs and as an actor only one film worked, three to four films didn't click, but I am sure this film will work," said the composer of hits like "Namastey London" and "Aitraaz".