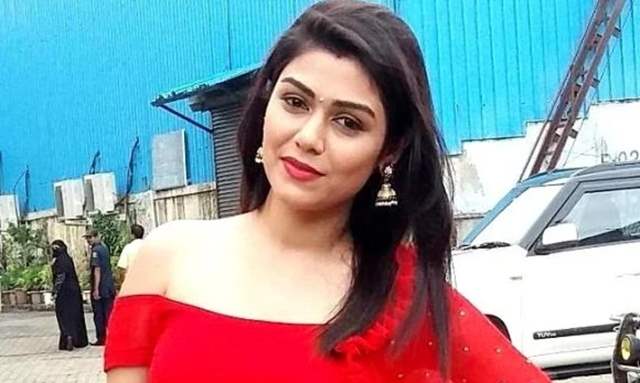 Star Plus Pandya Store will soon see an interesting entry. The makers are trying their level best to maintain the high voltage drama in the show. And to add in more drama drama to the show the upcoming episode will see entry of a new character.

According to our source we hear Ankita Bahuguna will make an entry in the show. Ankita will play the character of Shweta. Her entry in the show will be mysterious. It will happen that Dhara find Shweta in an injured situation  with an infant on her way back from the temple, she helped her be admitted to the hospital & bring the infant with her to Pandya Niwas.

Ankita Bahuguna character will bring a major twist in the show. She has been part of popular shows like Kuch Rang Pyaar Ke and Balika Vadhu 2.

It will definately an interesting twist after Ankita's entry in the show.

+ 8
2 months ago dont they already have a ton of ppl on this show? they should try to capitalize on that couple that just went public

+ 3
2 months ago Hope dhara -the criminal bhabhi who never gets punished- doesn’t snatch the child from mother.Hope new character Shweta is for Krish , though prefer Krish focuses on his studies first before getting into relationship. In all these, Hoping Shiva & Raavi’s education track & positive progress as couple is focused more. Alice Kaushik & Kanwar Dhillon as ShiVi have pretty much always put this show up in charts, after Dhara/shiny drags it down.

+ 2
2 months ago Looking forward to this track. Let’s hope to see all couples story with positivity and Raavi getting her dues she deserves from Pandya family, especially Shiva and Suman.

+ 11
2 months ago As long as the girl is not the third wheel between Shiva- Raavi, am fine with it. Just sick and tired of bringing another girl for Shiva every few months.If the baby is involved, then Dhara might get to keep the baby, because it has been shown once before Dhara took away someone else’s baby from this hospital after IVF kaand and refused to return the baby to her parents. Hope Dhara legally adopts this time.

2 months ago looking forward to check this show out