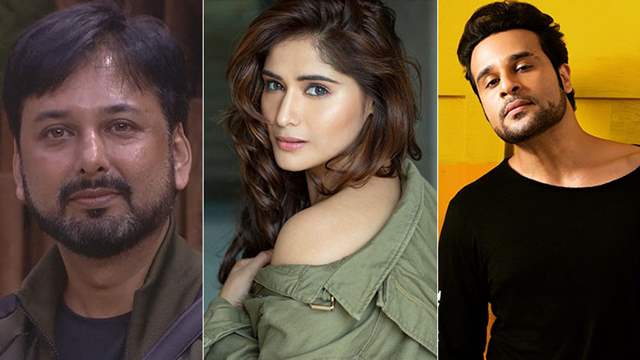 Colors’ controversial reality show Bigg Boss 13 is nearing towards it’s first finale and the competition is getting more and more intense as the weeks are passing by. Fights, arguments and nasty comments have taken over the house and the housemates are leaving no stone unturned to be in the game.

A couple of episodes ago, Siddharth Dey passed nasty comments towards Arti Singh during a task. Since then, Siddharth has been slammed by everyone including the viewers for his distasteful remarks and getting personal just for the sake of game. In fact his behavior towards the females of the house has shocked everyone.

Now, Arti’s brother Krushna Abhishek has reacted over those remarks in a recent interaction with Spotboye. He said that he is shocked that Siddharth Dey could do this and that he is very upset over this. He continued saying that he shouldn’t have done this as he is losing fans for such behavior. He also said that he would like to confront him after the show.

For the uninitiated, during the last week’s nomination task, Siddharth called Arti characterless and during the task when Arti applied powder and some other products on Siddharth’s body followed by a shaving cream. That’s when he said, “Bina shilajeet ke ladkiya yeh sab kar rahi hai.” Later, as she tried torturing him as a part of the task, he hit her. Reportedly, he also touched her inappropriately. Arti lost her calm and started yelling for his demeaning comments. She shouted back, “Tujhe toh shilajeet ki jarurat nahi hai na.”

Arti Singh Reveals that she was ashamed to tell people about her ...