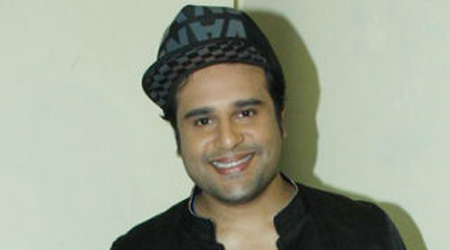 Comedian Krushna Abhishek, who has dominated the small screen with his comic timing in "Comedy Circus", says he will certainly come up with a show just like Kapil Sharma's Comedy Nights with Kapil.

"I will definitely do a show like Kapil. Actually 'Mad In India' was first offered to me before Manish, but the thing is if I start taking interviews then it's over. I want that lively energy on the sets.

"I will do a show like Kapil in future, but I am not dying to do a show like that because I didn't come to TV to do comedy. I did Nach Baliye 3 and I never thought I will be accepted in the comedy genre... So it all happened by fluke," he added.

Kapil has hit the jackpot with "Comedy Nights with Kapil", which has become the most watched show on the small screen. It has hosted big names from Bollywood and cricket world like Amitabh Bachchan, Shah Rukh Khan, Akshay Kumar, Sunil Gavaskar and Kapil Dev.

Krushna says he too was invited to Kapil's show to show his comedy, but he turned down the offer.

"Kapil is upset with me because I didn't go to his show. My thing is I need my space. I can't just come and do comedy and walk out. I take my own space."

Shehreen_27 6 years ago Well since he needs his own space, he should defo start his own show!