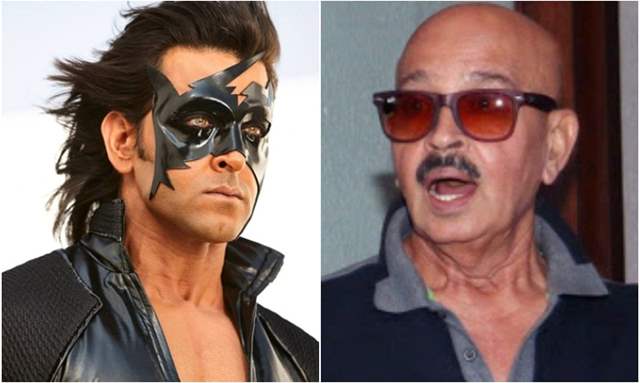 Hrithik Roshan’s Krrish 4 has gained momentum over the last few weeks. The fourth instalment of the superhero series Krrish had been announced long back, but the film could not go on floors owing to Rakesh Roshan’s ailing health. But now that Roshan is fit and fine, the team has locked in an interesting script for Krrish 4.

Several reports have been doing the rounds regarding the script of Krrish 4. Right from a time travel screenplay to Hrithik playing four distinct characters, a lot has been talked about the sequel. The latest reports suggested that the film’s main lead, Hrithik will be seen in a quadruple role.

This news had certainly left the fans excited. However, Rakesh Roshan has termed such reports false and called it a rumour. Speaking to Bollywood Hungama the filmmaker said:

"Journalists have a lot of time these days to think up screenplay ideas at home. This is just a rumour, like many rumours about Krrish 4. There is absolutely no truth to it. The script is in the process of evolving. It is still very early. When we do lock in on certain specifics in the plot, I’ll share them with you.”

Previously, there were reports that the makers have reportedly finalised the idea of intergalactic travel for the fourth instalment, Krrish 4. The reports also added that the alien, Jaadoo, will make a return in the new film and the makers are hunting for a new female lead.