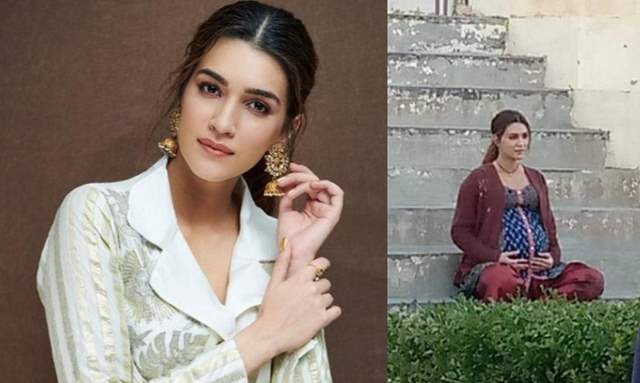 Actress Kriti Sanon has carved a niche for herself with some of the most entertaining films like Bareilly Ki Barfi, Raabta, Dilwale, Luka Chuppi and many more. The 30-years-old actress has some of the biggest films in her pocket and she has already shot for some of them.

However, it is Mimi that her fans are looking forward to.

In a career span of 7 years, Mimi is slated to be Kriti’s first woman-centric film which will feature her spearheading the film and she has always been very kicked about the same.

The actress will be seen as a surrogate mother in this social drama. While the film is complete and ready to release since last year, the recent Bollywood Hungama report suggests that the makers didn't want to release it online and preferred to wait for the pandemic like the situation to end to give it a proper theatrical release.

Although, the second wave of the Covid-19 ruined all their plans. The Bollywood Hungama report quoted a source saying, "Dinesh Vijan has inked a huge deal with a big streaming giant to premiere Kriti's Mimi, along with a few other projects that are already in place. While the team wanted to release their movies in theatres and even tried the same with Roohi, the current situation looks extremely bleak for theatres to even think of reopening. It doesn't seem likely in the next three months, because there is a possibility of a third wave."

The source added that Dinesh has checked all possibilities and finally decided to go online with Mimi and he has earned a good profit and is expected to make the announcement soon.

On the work front, Kriti has multiple films in the pipeline and she will be seen in Bhediya with Varun Dhawan, Bachchan Pandey with Akshay Kumar, Adipurush with Prabhas, Ganpath with Tiger Shroff, and Hum Do Hamare Do along with an unannounced film.