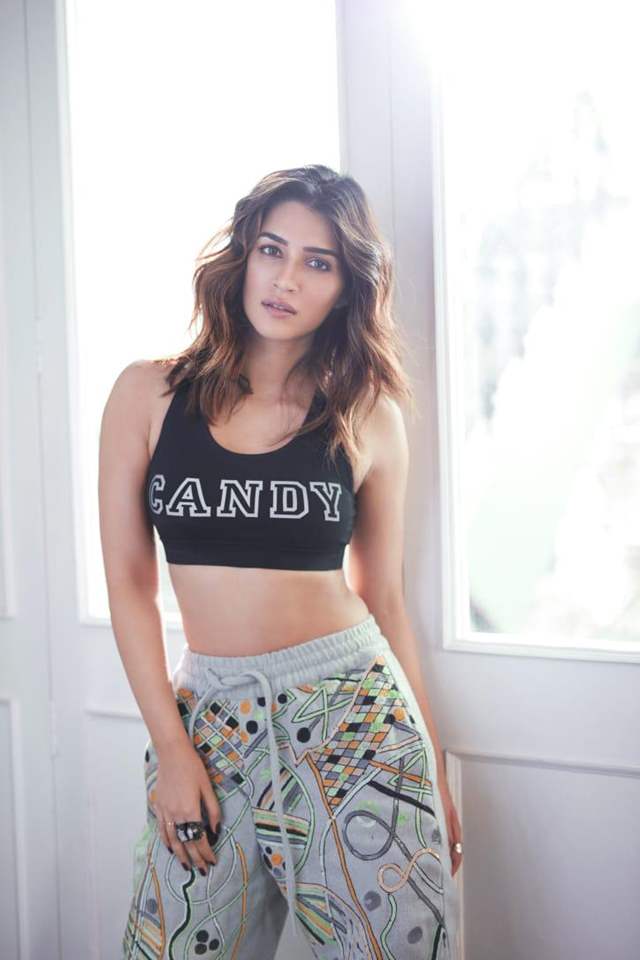 Kriti Sanon is the busiest bee of tinsel town currently with more than 6 films in her kitty. What makes these even more interesting is the range of her films in terms of their genres. From a horror comedy to an action film, the actress will be seen leading multiple genre films.

Talking about having so many different genres in her lineup Kriti says,

My work is so exciting because no set, no film is like the other. Doing such varied genres is helping me explore different shades of myself as an actor.

From Bhediya being a horror comedy to action in Ganapath, Mythology in Adipurush and an Entertainer like Bachchan Pandey, I have many genres that I am working on right now which makes all the work even more exciting and interesting. It does also keep me on my toes.

Sanon has a bag of big budget films in her lineup for which she has been shooting non-stop for a while with all safety measures being taken as per government guidelines. She has been shooting in Arunachal Pradesh for Bhediya with Varun Dhawan which is a horror comedy.

She will be seen playing Sita in Om Raut's mythological drama Adipurush with Prabhas. She also has an entertainer film Bachchan Pandey with Akshay Kumar and the drama film, Mimi which will star her as the solo lead.

The actress also has a quirky comedy, Hum Do Hamare Do with Rajkummar Rao and her first action film, Ganpath.