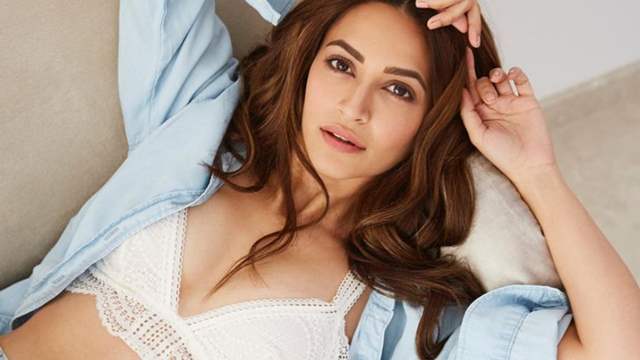 An actor’s life may look all glitzy from the outside but there’s a lot that artists have to deal with in order to deliver entertainment for their beloved audience.

Actress Kriti Kharbanda set one such example as she continued to shoot for a film as she battled malaria. She was diagnosed with malaria in November last year and was advised complete bed rest for three weeks, however, she insisted on shooting for her film 14 Phere as she did not want to cause any trouble to the shooting schedule.

“I didn’t want the schedule of 14 Phere to go helter-skelter because of me, so I insisted that we start the shoot as per schedule. I was barely 10 days into malaria when I started shooting. Moreover, we were in Lucknow, shooting for nearly 18 hours a day” Kriti told the Times of India.

She shared how malaria affected her body and her skin but says that she is happy to complete the schedule. Kriti reveals that she lost six kilos of weight at that time.

Further, Kriti also credits her entire team and co star Vikrant Massey for their cooperation and helping her finish the schedule in sickness. She says, “If you have a lot of things in common with your co-star, then it helps to build a rapport and work becomes easier despite all odds. Vikrant is not just a fantastic actor, but a great co-star as well. We bonded over our love for food, comedy and cinema. I am a bit of a moofat, but he gets that, and he doesn’t take offence, so that helped us get along. We spent a lot of time together on set, we even played cricket and cards in our free time.”

Directed by Devanshu Singh and produced by Zee Studios, the film 14 Phere is a social comedy drama and will hit the theatres on 9 July 2021.