Delnaaz Paul makes everything look easy, whether it be playing a simple comic role or a role with an X-factor involved.. 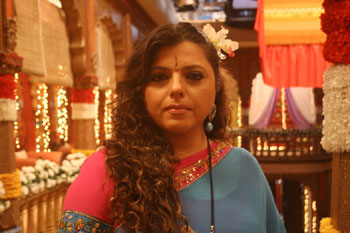 Featured Video
Smriti Irani’s Mere Apne on 9X has Delnaaz playing the very colorful Krishna jiji, always decked in heavy sarees and jewellery with a double dose of makeup. Says the bubbly Delnaaz about her role, “I am still playing what I am best for. But we had to work a lot on my look, as I had to appear very filmy and over the top.” A very keen follower of Smriti’s shows, Delnaaz was gun go when she got to know that Smriti chose her to play the bubbly Jiji. “Smriti has always attempted something different, and the first thing that appealed to me was that this was her show”, opines Delnaaz.

Now coming to the serial Mere Apne, being the daughter of the vampish Urmila, will Krishna too follow the footsteps of her mom? “Never! Krishna is a very nice soul, caring and sharing. She always has her eyes and ears wide open, she can clearly see what’s cooking around her, but it is just that she has a habit of taking things too casually. I guess, at one point or the other, she needs to get serious in life”, laughs it off Delnaaz.

Talking about the star cast of the show, Delnaaz says she is having a blast working with this team. “We all are one big happy family on sets”, confirms the actress. “While Amit is the Darling of the unit, the Aamir Khan of the sets, Sid Makkar is the Saif of Omkara”, jokes Delnaaz. When the siblings are being talked of, can the chirpy Gauri be left behind? “She is our Madhuri Dixit”, is what Delnaaz has to say.. 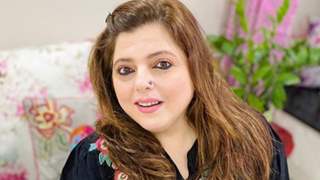 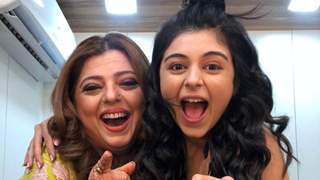 I want to see him paired with Sonam Kapoor. They will rock together..

14 years ago oh! all the best delnaz you rock always in comic rolez

+ 3
14 years ago Delnaaz Paul really is an awesome actress, wishing her all the best for her new venture in the serial Mere Apne!