View Profile
It was supposed to be Bollywood's party of the year, and that it truly seemed like it was! From Shah Rukh Khan, Priyanka Chopra and Bipasha Basu to Aamir Khan, Vidya Balan and Jaya Bachchan --Bollywood's who's who, dressed predominantly in black and white, attended filmmaker Karan Johar's grand 40th birthday bash, 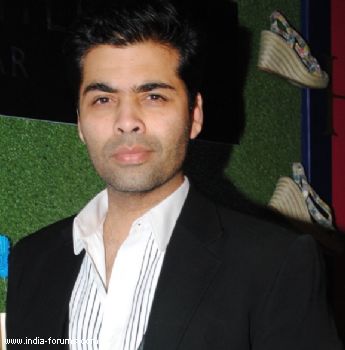 The theme for the night itself was black and white, revealed designer Manish Malhotra, who took charge of preparing the venue, styling the waiters' uniform as well as styling a list of celebrities who tip-toed to the party with elan.

Johar looked dapper in a jet black suit, white shirt teamed with a shimmery bow and a white rose in his left pocket. He added more glamour with shimmery black shoes.

His mother Hiroo was also in perfect sync for the occasion in a white salwar kameez spiked with silver bling. Joining her in a simple off-white salwar suit was the Bachchan's representative -- Jaya.

Johar's closest friend, superstar Shah Rukh Khan made a rare, early entry for the party. He looked handsome in a black suit with a shimmery bow a la the birthday boy, while his wife Gauri flaunted a sexy look in a dark saffron gown.

The other Khan in the party -- Aamir chose to be different in a Chinese-collared suit, and his better half Kiran Rao wore a pistachio-coloured outfit.

Vidya Balan entered with her beau Siddharth Roy Kapoor, and she stuck to her tradition of wearing a sari, but the duo dodged the shutterbugs smartly.

Actresses like Bipasha, Sonakshi Sinha, Kareena Kapoor and Karisma Kapoor sizzled in their respective outfits, and looked like they werein a great mood to party. Kareena was sans beau Saif Ali Khan, but looked delightful in a floral short dress.

Her former beau Shahid Kapoor wore a simple black suit, and charmed everyone with his boy-next-door look.

Johar's other good friend Kajol dropped in but without her husband Ajay Devgan. She was accompanied by her sister Tanisha Mukerji.

Filmmaker-actor Farhan Akhtar came in too, sporting a ponytail with a black suit, white shirt and black bow.

Yash Raj Films's latest muse Parineeti Chopra came in with Uday Chopra, while her star cousin Priyanka made it to the late comer list as she entered at 12.40 a.m.

Johar's childhood friend, filmmaker Ekta Kapoor,chose a glamourous avatar for the party and wore an off-shoulder green and blue-coloured gown, while Konkona Sen Sharma, Neha Dhupia and Mini Mathur opted the traditional look with a sari.

Urmila Matondkar Does Not Regret, But Ready to Apologise for ...
16 minutes ago

Shabana Azmi speaks about recovering from her Devastating ...
39 minutes ago

Who is AK in Sushant's Unseen Video that has Surfaced? Watch ...
43 minutes ago