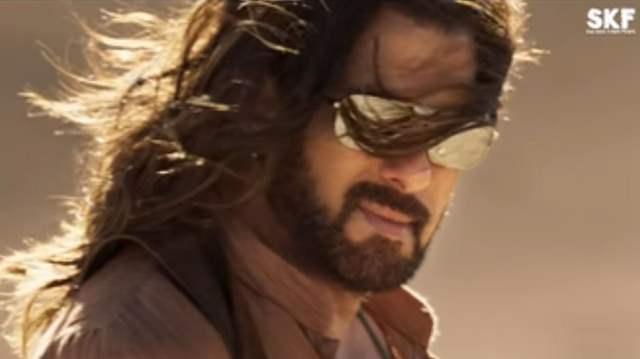 The superstar Salman khan has been making a lot of buzz for his upcoming film 'Kisi Ka Bhai Kisi Ki Jaan' and fans have been waiting with bated breth to get any updates regarding the project. The film was firstly tited 'Kabhi Eid Kabhi Diwali'. Then it was changed to 'Bhaijaan'.

Salman Khan recently shared a picture of himself online with long hair and the landscapes of Ladakh in the backdrop.

We were hoping for a closer look, however, fans quickly realized that it was only a fragmentary image from his next movie Kisi Ka Bhai Kisi Ki Jaan. Salman shared the film's majestic title announcement on Monday along with his first official look at the movie.

Finally, Salman Khan released the first glimpse of Kisi Ka Bhai Kisi Ki Jaan. The actor was filmed walking across the Ladakh valley while riding a cruiser bike. We are eager to learn more about his character in the film as he sports his signature sunglasses and lets the mountain breeze blow through his long blonde hair.

The teaser was shared by Salman on his social media platform with a hashtag that reads, "Kisi Ka Bhai Kisi Ki Jaan".

Salman Khan, Pooja Hegde, Shehnaaz Gill and Venkatesh play the key roles in Farhad Samji's action-packed comedy Kisi Ka Bhai Kisi Ki Jaan, which also stars a sizable pan-Indian ensemble cast that will be revealed soon. It is produced by Salman Khan Films and promises to include all the action, comedy, drama, romance, and emotions that fans have come to expect from a Salman Khan movie. Kisi Ka Bhai Kisi Ki Jaan is slated to hit the big screens in the end of this year.

2 months ago Budhao still trying to make failed comebacks. This film will fail miserably just like Radhe and Antim.