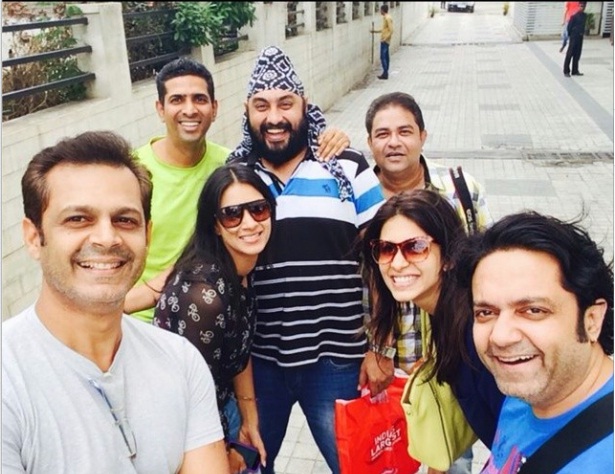 Pretty Kishwer Merchantt who is seen in Star Plus' popular show Ek Hasina Thi is on her way to explore her talent in all possible ways. Kishwer who has a knack of acting in front of live audience through the  plays, performed for the people of Microsoft in Hyderabad. This time she has spared some time from her daily soap to act in theatre.

The play is titled as  'See No Evil, Speak No Evil, Hear No Evil and Do No Evil'. Kishwer has been roaming around many countries for showcasing the play. Many popular faces of TV will be seen sharing the stage with Kishwer and these faces are Delnaaz Irani, Barkha Bisht Sengupta and Ashish Roy.

Tellybuzz contacted Kishwer to know more about her play and she says, "I have been doing this play since long time now. It is a comedy play of two hours with a thrill murder concept. I along with my friends from TV industry are doing this play for Microsoft people which is for an entertainment purpose. As I said this play has a comedy essence it helps to release your tensions and work pressure."

She further adds, "We had a gala time shooting for the play and it is a medium of relaxation for us from our daily schedule."

Well, Kishwer Merchantt we wish you good luck for your play!

prassy.kavi 9 years ago great news and thanks fir the awesome article.