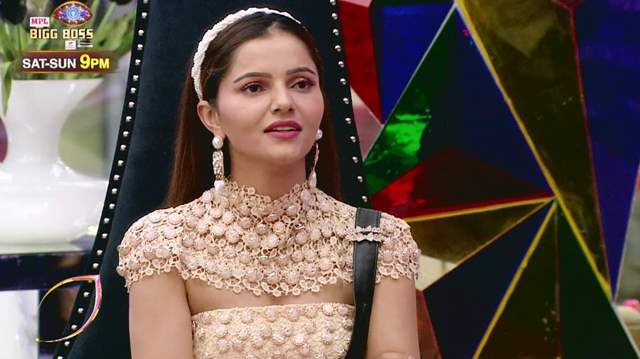 Bigg Boss 14 winner Rubina Dilaik has been going places with all the work she has been doing and continues to do. The actress' first music video post the show came out recently and features husband Abhinav Shukla while Neha Kakkar took to the vocals. Titled Marjaneya, the song has been an absolute hit with the fans.

And now, reports about multiple projects from the star have been doing the rounds and one such project also happens to be the stunt-based reality show, Khatron Ke Khiladi. While reports have it that both Rubina and Abhinav have been approached for the show, it looks like Rubina may not be doing it since she wants to give herself a break. Reports have it that after staying in the Bigg Boss house for 150 days, she doesn't want to jump straight into another reality show. As for Abhinav, there seems to be no update yet.

Meanwhile, Rubina has made her way back to her show, Shakti...Astitva Ke Ehsaas Kii and fans have been elated about the same. Apart from that, her music video with Paras Chhabra is also going to be out soon.