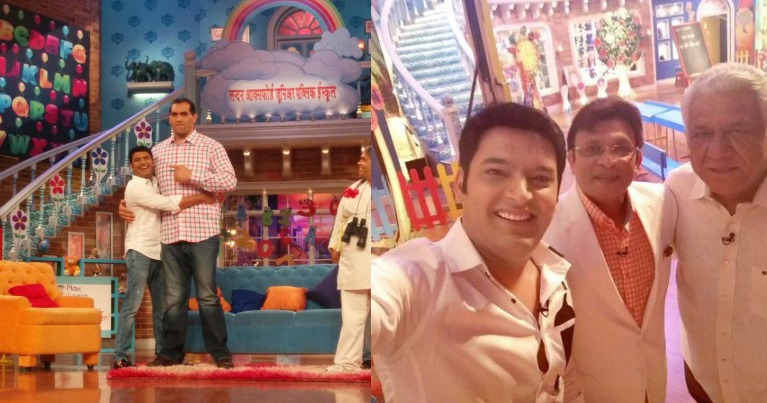 With a host of Bollywood stars using television as a medium to promote their upcoming movies, the upcoming episodes of Colors' rib tickling comedy show Comedy Nights with Kapil will mark the presence of starwaltz Om Puri and Annu Kapoor along with wrestler, Khali (Dalip Singh Rana).

As per our source, "Khali will be coming on the show to tickle his funny bones with Kapil's mad family. He will be seen giving self-defense tips to the ladies in the show. The show will also witness the presence of Om Puri and Annu Kapoor who will promote their upcoming movie Miss Tankpur."

We go in touch with Kiku Sharda to know and he said," Yes we shot yesterday with Great Khali and it was really nice to meet such a great personality. He came along with four students of his students whom he is giving training. I will be seen as Pankhudi and will try to take Khali's measurement to stitch clothes. It will be a very fun filled episode."

Get set to enjoy another laugh riot on Comedy Nights with Kapil.