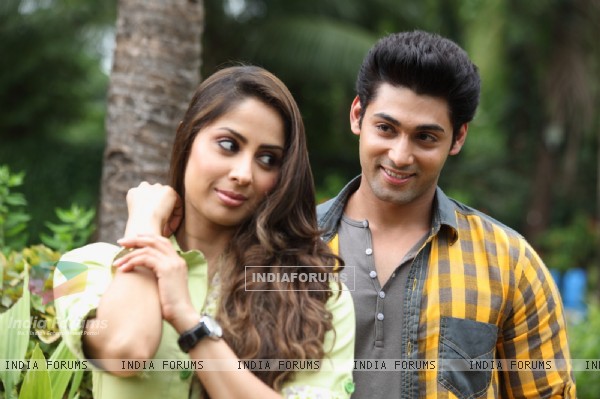 After a lot of twists and turns in Sony TV's Kehta Hai Dil... Jee Le Zara, the show has finally come to its conclusion. The show will bid adieu on a good note as Sanchi and Dhruv will welcome their bundle of joy in the show. The show was supposed to go off air much earlier but due to good response from the viewers, the show got an extension.

As per the current track Suparna is trying hard to harm Sanchi (Sangeeta Gosh) so that she has a miscarriage. Sanchi is anyways unaware about her own pregnancy as Suparna had played an awful game and changed the reports with false reports to create differences between the couple Sanchi and Dhruv (Ruslaan Mumtaz). But unfortunately Suparna's plan backfires.

Our source informed us, "Sanchi will not have any miscarriage and in fact Dhruv and Sanchi will get to know about the good news when she is six weeks pregnant. Thus this will bring happiness in the duo's life and later Sanchi will deliver twins. This will be a happy moment for the couple and it will eventually mark the end of the show too."

Our source further added, "Today is the last day of the shoot for the cast and crew of Kehta Hai Dil... Jee Le Zara and the last day of telecast is on 8th May. They are ending the show on a happy note and also saying a goodbye to the show by cake cutting on the set today."

While the show which had gained an overwhelming response from the audience managed to get an extension, but eventually the show will be pulled off. However, with the happy ending will there be a chance for a sequel of the show as per the demand of audience?

Well only time will tell, but right now we will miss the show and we wish all the best to the entire cast and crew for their future endeavors.

Indomitable 6 years ago Miserably starving for JLZ. Hope sum miracles happen & got to see our SaRuv/JLZ back. Can't let u guyz go off from our life so sooner...

sree96 6 years ago JLZ was a show with a unique theme it's sad it's ending so soon when there is enough potential to go on for another couple of months. Will miss SaRuv and JLZ.

-RohitMaxwell- 6 years ago The shoe was really promising... it would go great on trp if it was on Star or Zee

anjubala 6 years ago Will miss SaRuv and JLZ...One of the best shows on Sony. Glad that DV-Saachi will be having twins - boy and a girl..So Shaurya and Chini on the way... Dono ki icha puri ...

ApoorvaFan 6 years ago missing this show very much.. DV and Saachi are wonderful couple