View Profile
Katrina Kaif seems to be shrouded in controversy once 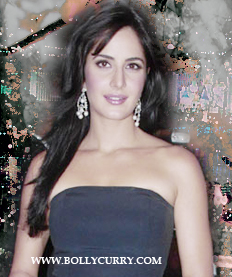 again. This time it was due to a simple statement uttered by the actress regarding Congress General Secretary Rahul Gandhi.

When Katrina was asked of her nationality, all she had to say was that she wasn't ashamed of being half Indian and half British. The statment that's put her in a controvery is what she said afterwards. She compared Rahul Gandhi to herself and pointed out the fact that he was half Indian as well being partially Italian. This brash declaration seems to have caused much discomfort to many.
Congress members didn't take this simple statement said by the actress very well. In fact, they were furious at how she had the audacity to say such a thing.
To clear the air, Katrina has stepped up to apolgize and mentions that  she had no intention to hurt anyone. She claims that media took her statement out of proportion and twisted them out of context making them seem extremely different from what she originally had said.
With apologizes made and statements settled, we hope that this controversy of Katrina's ends soon!

Arjun Bijlani talks about his first reaction on being ...
44 minutes ago