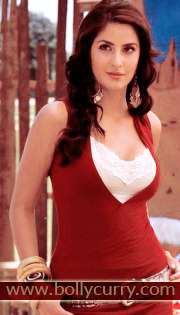 After wrapping up her spicy shoot for Sheela ki Jawani, Katrina is now ready for the next item song that her upcoming movie Tees Maar Khan expects of her. As was reported by our article not so long ago, this one is being composed as a qawalli, and we're getting to hear that Katrina will be imaging the famous look of Meena Kumari from old blockbuster Pakeezah.
The song will have Katrina accompanied by allegedly ex-flame, Salman Khan who is making a special appearance, and co-star, Akshay Kumar. It is said that the song will be known as 'Katrina's song' with surprises aplenty, in store for the audience.
Like Sheela ki Jawani, details pertaining to this special qawalli number have been cautiously kept under wraps. But where secrets exist, so do means to have them leaked. Sources claim certainty, that the first half of the song is dedicated to the boys - Sallu and Akki. It's only past that when sizzling Kat finally makes an entry into the sequence.
The three actors involved, and director Farah herself, have several hits to their credit in the past, individually - here's wishing the team of them coming together to outdo all that is past glory!
3 Likes

Delnaaz Irani speaks about entering Choti Sarrdarrni, her ...
29 minutes ago

Madhrima Tulli & Ssharad Malhotra starrer “Pasta” gets an ...
48 minutes ago