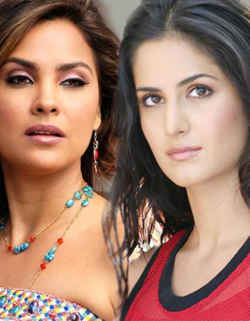 Featured Video
splits.
Now, the makers of the movie are planning up a sequel to their hit venture with the same team gearing up for the movie to hit the floors.
While Salman Khan and Govinda are all set to capture the audience once again with their comic timings, the ladies Lara Dutta and Katrina Kaif who played their respective love interests will be missing from the movie.
It is beleived that the makers of the movie wanted a fresh approach to the sequel and it will not be treated as a continuation of the previous movie, but a new story all-together so that the audience get a fresh feel and hence the decision to cut out the actresses.
As much as we look forward to the sequel, this really does make us question the topic that actress Biapasha Basu brought up regarding female actresses who do not get a part in the movie sequels.
Bipasha was herself unceremoniously dropped from the sequel to the thriller movie 'Race'.