View Profile
Sequels to successful movies is the happening trend in Bollywood.  After all, who wouldn't want to cash on the popularity of the successful films especially during the unhappy times that the film industry is going through? 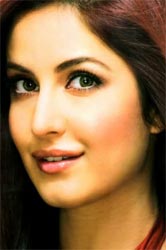 On the list of sequels is Dostana 2.  The audience was very much pleased with John Abraham and Abhishek Bachchan's dostana and Priyanka's performance in Dostana.  Similiarly, Dostana 2 promises to offer similar fun and entertainment!


Adding to the excitement is the news that the gorgeous Katrina Kaif will be joining Abhishek Bachchan and John Abraham this time around.  Priyanka Chopra will not be seen in Dostana 2 as her role ended with Dostana.  This time around Abhi-John's sweetheart will be the stunning Katrina!


Recently the news of Ranbir Kapoor or Imran Khan replacing John upset many Dostana fans, and it seems like Karan Johar has paid attention to the response as Abhishek and John's dostana is very much happening in Dostana 2.


Abhay Deol, Ritesh Deshmukh, and Shreyas Talpade will also be a part of this fun-filled movie!  With such an amazing cast, we can't help but expect an entertaining Dostana 2 in the coming days!
16 Likes

Neha Kakkar and Rohanpreet Singh dance their hearts out at Roka ...

Kajol celebrates 25-years of ‘DDLJ’: I am truly grateful to all ...

Mugdha Chapekar aka Prachi from Kumkum Bhagya puts on her chef’s ...

Farida Jalal comments over controversies in Bollywood: I hate ...