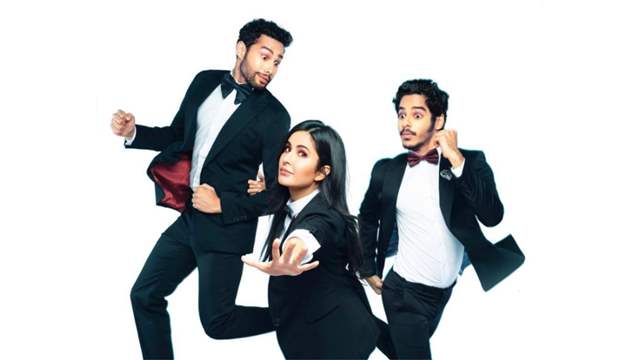 The release date of 'Phone Bhoot,' starring Katrina Kaif, Ishaan Khatter, and Siddhant Chaturvedi, has been announced. It will be released in theatres on July 15, 2022.

Katrina ,Ishaan, and Siddhant will appear in a film together for the first time. The film is directed by Gurmeet Singh and produced by Ritesh Sidhwani and Farhan Akhtar.

Although not much is known about the film, images and videos of the actors from the film's set have caught the interest of fans.

Meanwhile, Siddhant was most recently seen in 'Bunty Aur Babli 2' alongside Rani Mukerji, Saif Ali Khan, and Sharvari Wagh in lead roles. The film received mixed reviews from both audiences and critics. Following that, he will appear in Shakun Batra's untitled film, which also stars Deepika Padukone and Ananya Panday.

Katrina, on the other hand, has 'Tiger 3' in the works, starring Salman Khan and Emraan Hashmi. Aside from that, she has been cast in Ali Abbas Zafar's superhero series.

The actress is also making headlines for her upcoming December wedding with boyfriend Vicky Kaushal.

As per reports, the couple has chosen Rajasthan as the location for their wedding, and the bride and groom will be dressed in Sabyasachi gowns for the occasion. 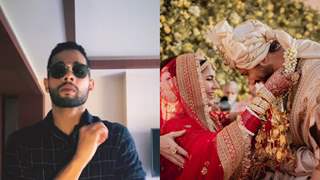 Vicky Kaushal reacts to Siddhant Chaturvedi's video wishing him and ...