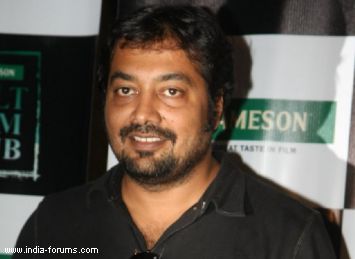 Bollywood fans in Hamburg will be treated to five movies by acclaimed director Anurag Kashyap as part of a retrospective July 11-16.

The retrospective will open with the "Dev D" followed by the screening of both parts of "Gangs Of Wasseypur", "That Girl in Yellow Boots" and "Black Friday". It is being held as a part of the India Week 2012 in Germany at the Metropolis Cinema, Hamburg.

Kashyap, who is riding high on the success of gang war drama "Gangs Of Wasseypur - Part I", and awaiting the release of its second part, is expected to attend the event as the guest of honour.

Filmmaker Fatih Akin of Turkish-German origin will introduce Kashyap and his works to the audience.

"I am very honoured to be presenting all my films in Hamburg and really happy to be hanging out with Fatih again. He always inspires me and this time too hoping to come back rejuvenated," Kashyap said in a statement.

The Kinemathek Hamburg, in cooperation with the Indian Embassy in Berlin, the Consulate-General of India in Hamburg and the Hamburg Ministry of Culture, is presenting the programme on modern Indian cinema to commemorate 60 years of diplomatic relations between the two countries.