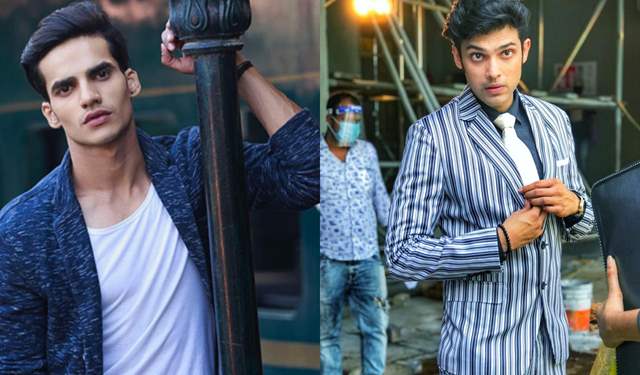 Kasautii Zindagii Kay 2 has been in the news for the longest time now. Over the past week, the cast members have shot their last and the show will be going off-air on October 3, 2020. Various reasons lead to the show going off-air, one of the major ones being Parth Samthaan opting out of the show.

Actor Aashish Bharadhwaj, who is seen as Mohnish in the show, is rather disappointed about the show ending and reveals how he was excited but the happiness turned out to be short-lived. However, he says he is sure he has something good ahead. He also went on to speak about the dwindling TRPs and how multiple replacements happened in the show initially, which he thinks could be one of the reasons.

He further went on to add how Parth quitting the show also came to the surface and adds how if all these things had not happened, the show would have worked well and for several years. He also highlighted how the fate of the show would have been different if Parth did not quit.

burnnotice 1 months ago He did the same with his first show. It’s only because of his ex -ex sugar daddy that he got KZK. He’s average talent and damn arrogant. I gotta feeling his future career Is cursed. His blind fans on SNS claims he let go of two movies because of this show! 🙄🙄 His first Btown movie is still to see the day of light. Just like how the idiot was gullible to believe the Dubai skyscraper lit up with his picture 🤣🤣🤣🤣, they think he’s the next DiCaprio of Bollywood. Lmao.

munnihyderabad 1 months ago so many actors are left without work ... oh so he says abt Parth it's obv , not that he isn't irreplaceable ... but then there are some ppl who drag down things with them ...if I am not there so nothing shd be there ..

SamW92 1 months ago I loved Aamna Sharif as Komolika. Karan Patel is too good an actor and was good as Mr Bajaj. It would have been great if a new Anurag was signed and the show continued.

LoLo 1 months ago Changing faces and the lockdown took its toll. I feel once Hina and Karan Singh Grover left the show lost its original charm. We’ve watched Karan Patel as Raman too long and it was too soon to accept him in another role. Zero chemistry with he and Erica also(not that they even shot together post-COVID lockdown) did not help. Parth going was the final nail in the coffin but not the first nail. It was a brave undertaking, but this show had big shoes to fill from the first Kasauti and it just never filled the shoes. I loved all the original actors in 2, but I couldn’t get into the new Komolika or Mr.Bajaj.