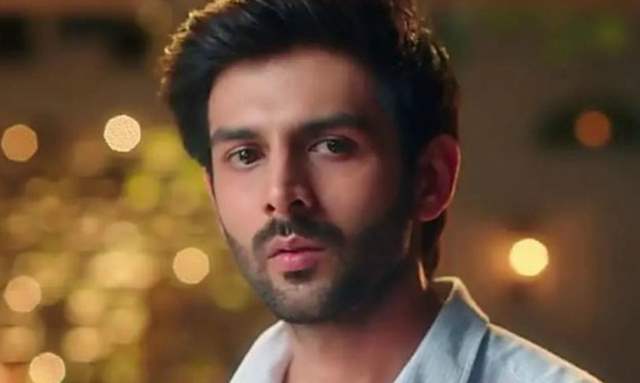 A great actor is an actor who makes us laugh, cry and even dance along with him as we watch him on the big screen.

Kartik Aaryan in the last few weeks has got the netizens to sharpen their dancing skills as he released some great party numbers, Dheeme Dheeme and Ankhiyon Se Goli Mare from Pati Patni Aur Woh. And after all that dancing, looks like Kartik Aaryan is in the mood to get us little emotional and feel for his character Chintu Tyagi’s pain.

The actor dropped a new track from his film Pati Patni Aur Woh yesterday titled Dilbara. Unlike his earlier two songs – Dheeme Dheeme and Ankhiyon Se Goli Mare, this one is a love ballad which is a magical number.

The song is about Kartik’s character and him missing his patni (played by Bhumi Pednekar) and Woh (Ananya Panday). The song has some great lyrics penned by Navi Ferozpurwala. Kartik portrays the inner pain of his character and how much he longs to be with his ‘patni’. The dilemma of his character is brought out well by Kartik, as he mouths the depth-worthy words.

Kartik Aaryan had earlier shared on social media that Dilbara is one of his favourite tracks. We completely agree with him, as the song is surely one of the purest and beautiful number. Dilbara can be easily called one of the best love songs of 2019, and we’re sure that music-lovers are going to love this one.

Produced by Bhushan Kumar and Juno Chopra, Pati Patni Aur Woh releases on December 6 and directed by Muddasar Aziz. Kartik’s moustachied-character Chintu Tyagi is already creating waves on the internet and everyone seems to be excited to watch a new avatar to him.

Rithvik Dhanjani on Dying To Do a Fiction Show Now Amidst ...
43 minutes ago

exclusive
Exclusive "The character is a very honest person who is very faithful ...
58 minutes ago