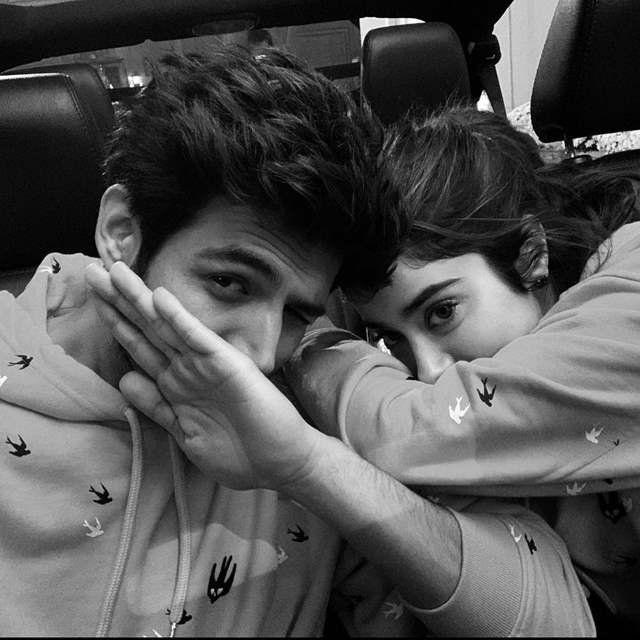 Bollywood and it's saga of links-ups and breaks-ups is back again! And if the recent one is to be believed, then this time its revolving Kartik Aaryan and Janhvi Kapoor!

Rumors making rounds in town, suggest that something is cooking between Kartik and Janhvi who are all set to come together for Karan Johar's Dostana 2.

Now, according to TOI, "Janhvi was recently spotted paying Kartik a visit at his residence. Reportedly, the pair managed to find a way to dodge the cameras. While Kartik posed for photos, it was reported that Janhvi snuck out the back exit of the building."

However, a few months ago, Kartik was dating his big time crush and co-star Sara Ali Khan but after the release of their film Love Aaj Kal (which dunked at the box office badly) the duo chose to part ways.

On the other hand, Janhvi made headlines for allegedly dating her Dhadak co-star Ishaan Khatter and just like Kartik and Sara, Janhvi and Ishaan's alleged affair too vanished soon after their film released.

Now, on the work front, Dostana 2, which is helmed by Collin D'Cunha, was supposed to release in 2020, but owing to the ongoing novel Coronavirus pandemic, the film is expected to release next year. It also stars newcomer Laksh Lalwani.

Apart from Dostana 2, Kartik has three major films in his kitty- Dhamaka, Bhool Bhulaiyaa 2 and the Hindi remake of Kannada film Kirik Party. Janhvi, on the other hand, will also be seen in Karan Johar's Takht.

Sujz 1 months ago If its personal I don't think we need to bother about it.

Sense9 1 months ago This PR stunt of fake dating for every new movie is getting so old and boring. Is Kartik gonna be (fake) dating all his costars from now on for promotion of his movies? Smh