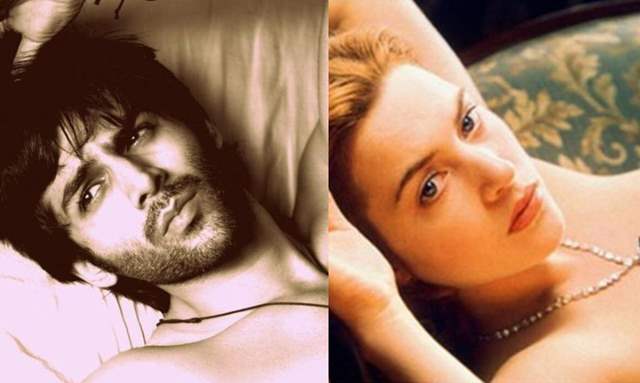 Actor Kartik Aaryan is an avid social media user and his pictures and their captions are nothing short of entertainment for his fans. Apart from his movies, the Luka Chuppi actor manages to bring a smile on his follower’s faces just with social media posts.

The 30-year-old actor on Friday shared his throwback shirtless picture of himself, lying on a bed as he looked away from the camera.

It was in 1997 that Kate Winslet and Leonardo DiCaprio’s Titanic was released. The film’s one of the most talked-about aspects was the scene featuring Kate’s topless portrait.

The Pati Patni Aur Woh actor's post received several comments from his fans as well as celebrities. Fashion designer Manish Malhotra dropped a comment and wrote: "Uffff." Replying to the comment, Kartik Aaryan couldn't help but agree with him. "I agree," he replied. Fans of the actor dropped heart and fire emojis in the comments section of the post.

Owing to his recent posts it is safe to say that the actor has a very strong caption game and he is often praised for his Instagram captions.