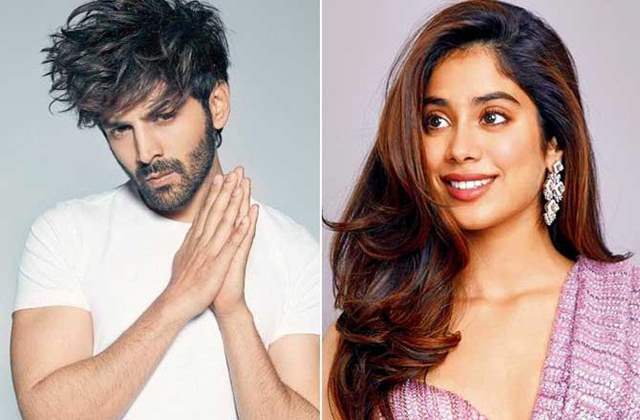 Love Aaj Kal actor Kartik Aaryan has managed to keep his fans entertained during the lockdown with his witty and quirky posts on social media. As many celebrities have resumed work already, Kartik, who was anxiously waiting to get back on sets shared a video yesterday as he got back to work. It was later that the Sonu Ke Titu Ki Sweety actor asked fans for some advice on his latest post.

Later, Janhvi Kapoor went on and reacted to Kartik Aaryan’s latest post and gave her honest feedback. In return, Kartik is disappointed as Kapoor does not approve of the actor filming in his new look.Kartik Aaryan posted a picture of him standing by a window, dressed in a sherwani, on his Instagram. The actor shared the picture, with the caption, “Iss look mein film shoot karni chaiye na?”

Kartik asked fans if he should continue shooting for his film in the look that he has right now. Speaking of the new look, Kartik is seen sporting long tresses. The actor has his long tresses perfectly styled and they go just fine with his Manish Malhotra sherwani.While the Love Aaj Kal actor flaunted his new look on social media and asked fans for their opinion, many commented positively and gave the actor a thumbs up. Fans appreciated Kartik’s new look and expressed their emotions in the comments.

As fans were fine, one person from the actor’s followers was not much in favour of the new look. It was none other than Dostana 2 co-star Janhvi Kapoor who reacted and commented, “No.” Janhvi disapproved of Kartik thinking of filming with his new look and shared her opinion. In return, reacting to the same, Kartik Aaryan replied and wrote, “Negative Insaan,” calling Janhvi a negative person. Check it out!

Kartik Aaryan is ‘looking forward’ for his collaboration with Ronnie ...