Loved by one and all, Manoj Bohra, re-christened as Karnvir Bohra, Prem of Kasauti Zindagi Kay is now all set to make his Kismat Connection in Bollywood. Telly Buzz gets to know more. 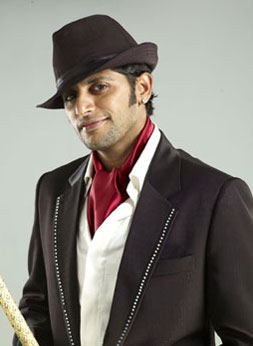 Featured Video
Karan will be playing a parallel lead along with Shahid Kapoor in Aziz Mirza’s upcoming movie Kismat Connection. Commenting about his character in the movie Karan says, “I play Dev in the movie, and he has a gray shade to his character. Dev is the kind of guy who will do anything to get to the top and does not mind employing shady means to do so too. He believes in stamping over anybody to reach up in life.” Talking further about the story of the movie Karan says, “The story revolves around me and Shahid. Shahid and I are vying for the same project. However, Shahid has his lucky charm, Vidya Balan, in his life. Hence, he always succeeds in whatever he does in life.”

So how was it working with ace director, Aziz Mirza? With a smile, Karan replies, “Aziz Mirza is one of the most fabulous directors. Working under him was the most remarkable experience that I have ever had in my life. He makes you feel very comfortable on the sets. I have given my best in the movie and just hope that the audience appreciates me in the character I play.” So does this movie mean goodbye to television? “No, I have a couple of projects in hand. I also have another movie lined up”, quips Karan.

But Karan’s fans need not be disheartened as the actor will be very soon seen shaking a leg in Ekta Kapoor’s reality show on Sony Entertainment Television Kabhie Yaar Kabhie Pyaar with wife Teejay and his on screen partner, Tina Parekh.

Now it awaits to be seen if Karan succeeds in capturing the hearts of his audience with his movie as with his television shows!!!

WISHING ALL THE BEST TO KARN VIR BOHRA

prem_mukti_4eva 14 years ago oooo..
i cant wayt for this movie to release!!..
ohemgeee..:) ii wish all the best!!
iloveyoumanoj!!

14 years ago i want gna wtch that movie!! although it has my fav actr, shahid kapoor in it!! coz the girl in there vidya balan!!! she doesnt suit him!! bit i might nw!! coz it has karnvir in there!!! i ms him in kasauti!!