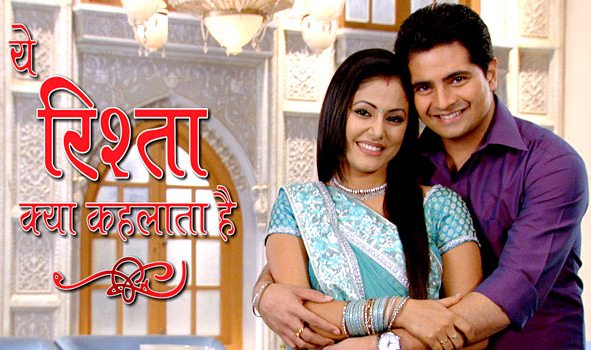 Director's Kut Production's popular and the longest running show on Star Plus Yeh Rishta Kya Kehlata Hai has kept the viewers hooked to the show with its storyline and the kind of drama the makers bring in the show.

As per the ongoing track, the show is revolving around Karishma (Priyanka Udhwani) and Naman's (Anshul Pandey) marriage but as mostly seen during the auspicious occasion, some kind of a twist is planned to grab the attention of the viewers.

Will the marriage happen between Krishma and Naman? let's find out -

As per our source, "There will be lots of fun filling dance sequences which will add on to the fun of marriage. Later Karishma will see Anshu (Aman Sharma) and Jasmeet indulging into an argument. The talks of other people will make Karishma little insecure as she will hear them saying that the life changes completely after marriage. Thus Karishma will become very nervous and will think that she is not ready for marriage. Hence she will hide herself and everyone in the house will panic that Karishma has eloped from the venue. Later Akshara (Hina Khan) will manage to find Karishma and will explain her the importance of marriage. Thus Karishma will get convinced and finally take nuptial vows with Naman."

Will Karishma be able to adjust in the Singhania family?

6 years ago Love You HinaKhan & Akshara

6 years ago Hina Khan you were out of this world in this wedding track. Want to see you working with better costars

6 years ago just to see u i will be watching such a boring serial
waiting for your new show love you Hina Khan.

hinaparikhan 6 years ago Hina Khan you are the reason for YRKKH completing 6 years. Loads of love!!!

majidyrkhan 6 years ago Hina Khan you rocked in the wedding track. Loved to have seen you with better costar

+ 2
6 years ago A great wedding sequence..Kudos to the whole team :D #YRKKH Rocks! !

Lots Of Love HinaKhan.. You Are Superb As Akshara