View Profile
Two days back there was a news floating around everywhere that a special trial show had been arranged for Kareena Kapoor by her ex-boyfriend Shahid Kapoor at the Yash Raj preview theatre for his latest release Kismat Konnection. We have found out it was nothing but a rumour. 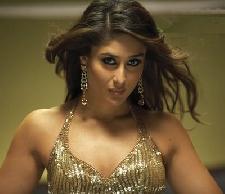 A close friend of Kareena told us, "How can it be possible when she is out of the country presently? This is all fake news. Those posting the news should have atleast verified the facts!"

Similary a close pal of Shahid's too revealed to us, "Shahid despite his break up with Kareena has maintained a cordial relationship with her. But this is all hogwash that he went on to the extent of arranging a special show for her of his Kismat Konnection. He has moved ahead in life and is more maturer now. There was rumour earlier too that Kareena had arranged a special show of Tashan just before its release for Shahid! Where as the real fact was that there was no such thing taken place and Shahid in fact went to see Tashan in its 2nd week in a Mumbai multiplex with few friends."

We tried speaking to the Yash Raj studio staff, one amongst them on condition of anonymity told us there was no show of Kismat Konnection held for Kareena at their preview theatre!

Shahid and Kareena have only one film together to be released and that's Milenge Milenge directed by Satish Kaushik and produced by Boney Kapoor, the release date of which is uncertain as of now.