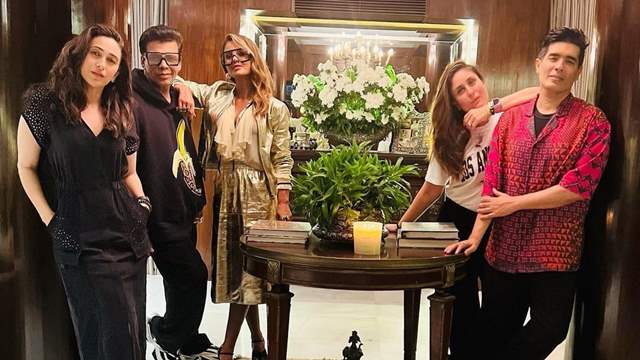 The paparazzi caught sight of Kareena Kapoor Khan and Karisma Kapoor last night outside the home of famous fashion designer Manish Malhotra. Their close pals Karan Johar and Natasha Poonawala also joined the sisters. What caught our attention was all four of them made sure to deliver stylistic goals.

These buddies, in fact, frequently take time away from their busy lives and families to spend some fun time together, and last night was one of those times.

Kjo shared a picture on his Instagram and wrote, "Trying our best to be candid (failing Ofcourse!). While Bebo and Karisma too shared the snaps on their respective social media account

Kareena Kapoor Khan is renowned for dressing in uncomplicated, informal, and cozy clothes. The diva, however, does not skimp on style either. She wore a graphic white tee-shirt and black pants for her chic look  She wore minimal makeup and left her hair open. Karisma, on the other hand, wore a black dress with a front tie-up feature. Her hair was left open to compliment her look. Manish looked fierce in a red patterned shirt and black pants, while Karan looked dapper in an oversized black tracksuit. Natasha Poonawala was spotted with large black sunglasses and a golden outfit. 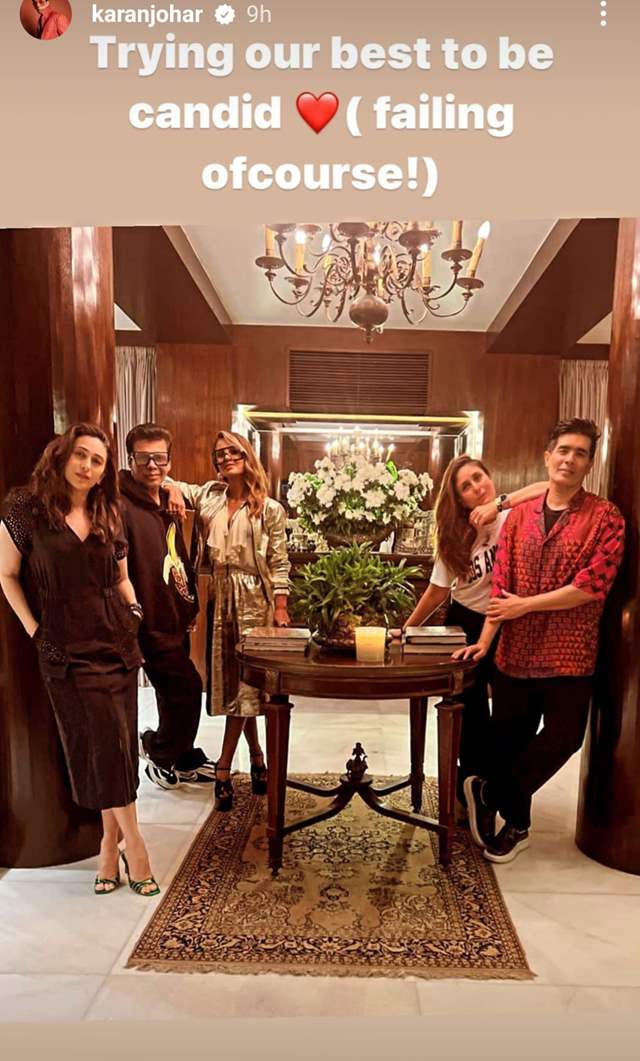 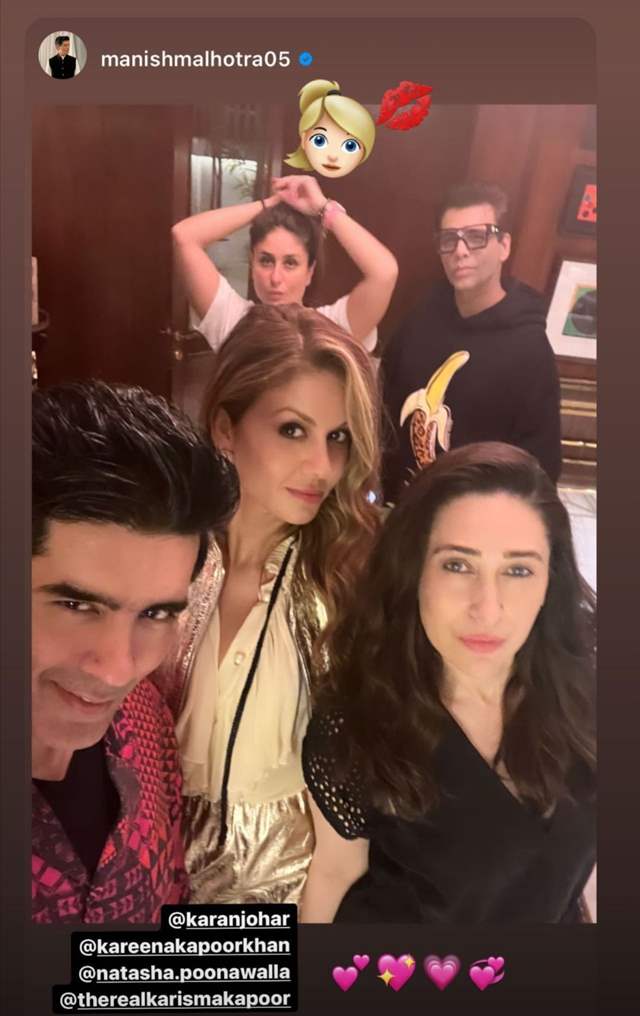 Kareena Kapoor Khan was recently seen in Laal Singh Chaddha opposite Aamir Khan. She now has Sujoy Ghosh’s adaptation of the Devotion of Suspect X, a murder thriller with Hansal Mehta, and a film with Rhea Kapoor. Karan Johar, on the other hand, is making his directorial comeback after 5 years with Rocky Aur Rani Ki Prem Kahani starring Alia Bhatt and Ranveer Singh in the leads