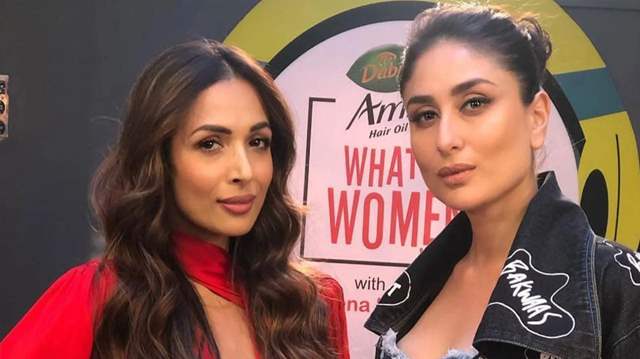 While we have seen many friendships in the B-Town industry, the camaraderie shared between Kareena Kapoor and her girl gang is something different. Bebo and her gang including Malaika Arora, Amrita Arora and Karisma Kapoor surely set major BFF goals and fans await to get their hands on any pictures or piece of information regarding their bond.

Recently, Malaika Arora took to her Instagram handle and shared a picture in her story. It was a collage of her and Kareena's look of the day while they were papped out in the city. in the picture, Kareena was seen donning a denim on denim look with her black shades and a coffee in her hand.

Malaika on the other hand was also seen donning denim pants paired with an orange coloured slip satin top and a denim cap completed her look. Sharing this collage of their picture, Malla wrote, "A wave, a coffee, a pout, n a smile, we are good to go." 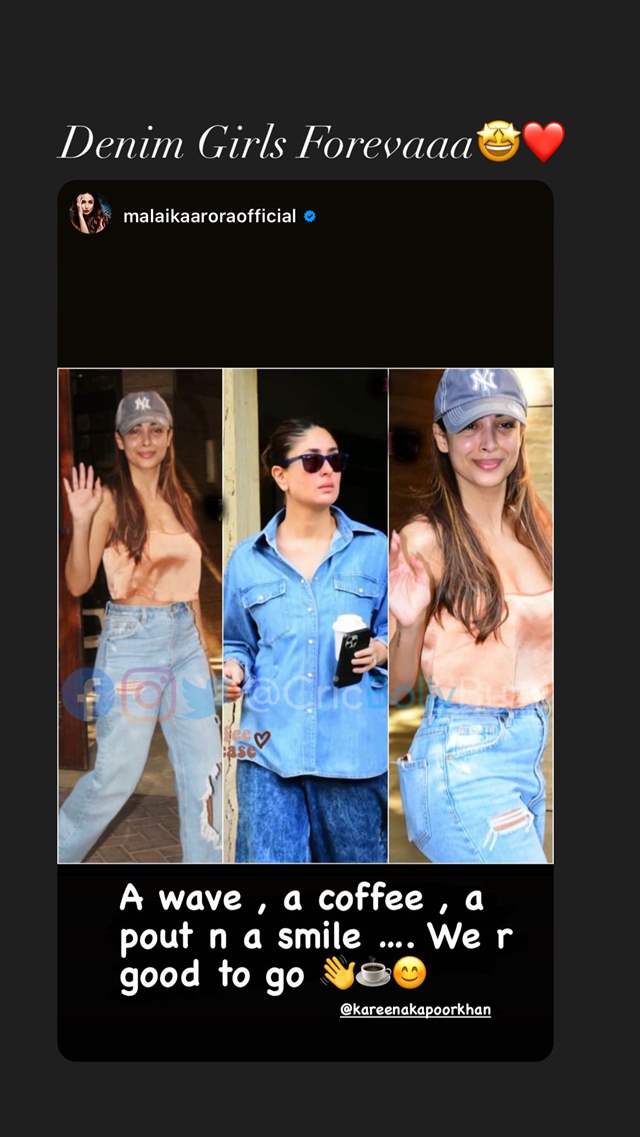 Kareena instantly re shared the story on her Instagram account and wrote, "Denim Girls Forevaa" with a heart and star-eyed emoji. The Jab We Met actress never misses a chance to share pictures with her girl gang and give fans a glimpse at their unbreakable and adorable bond.

On the work front, Kareena is presently filming with filmmaker Sujoy Ghosh for her upcoming Netflix movie. The murder mystery is centred on famous author Keigo Higashino's bestselling Japanese novel The Devotion of Suspect X, which was published in 2005.

The film also features Vijay Varma and Jaideep Ahlwat in pivotal roles and this marks Kareena's debut project in the OTT arena. Apart from this she will next be seen on screens in Laal Singh Chaddha alongside Aamir Khan.

+ 14
3 months ago The gang is incomplete…where is the other Aroras sis?