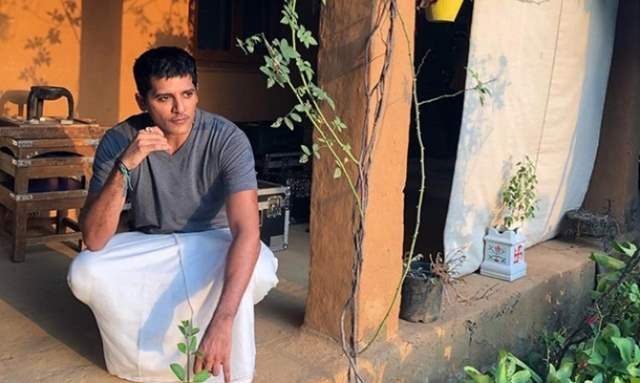 Actor Karanvir Bohra's upcoming digital film 'Kutubminar' is currently being shot in 'Dehradhun' amidst the pandemic. With a quite a unique and talented star cast to boast about with actors like Sanjay Mishra, Minissha Lamba, and Tridha Choudhary alongside Karanvir in the film, it already seems to be quite promising content which will soon grace our screens.

Based on a story of a lovely father and son relationship, Karanvir and Sanjay Mishra are all set to portray pivotal roles in the film. Going very different from his attire this time, Karanvir is seen in a brand new look for his role in 'Kutubminar' which is completely contrasting to what he has showcased on screen in the past. 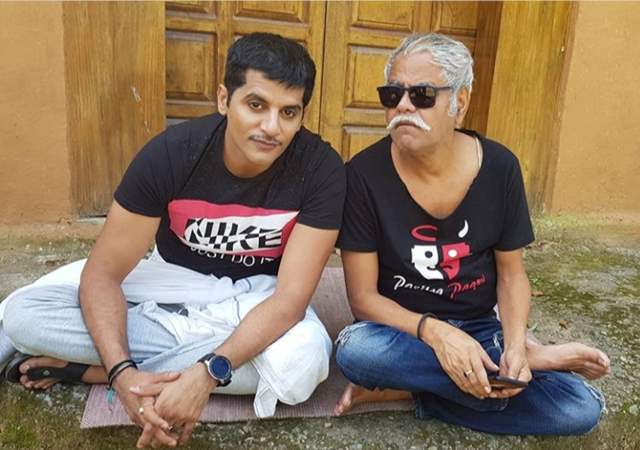 Donning a mustache this time, which is giving Karanvir a very unique style statement of his own, the actor looks quite well fit into the role with his new character attire. Speaking about the new look and experimenting on screen with something different this time, Karanvir shares, "Kutubminar is a film revolving around a beautiful father-son relationship with a lovely message to it, so the characters being portrayed by us definitely needed a set and fit attire to match the role description and storyline. The creatives then decided that there should be some sync between father and son in the way they present themselves, hence the idea of the unique mustache came up. While it gives us a very old school style look, it's definitely adding in a lovely charm to our characters and enhancing them in a great way. I was quite excited when I first heard of a mustache of this sort being part of my look as I haven't sported something like this before on screen, so it was definitely a refreshing change for me to look at!".

How do you like the look? Drop some comments below.

Karanvir Bohra: I realized if I can work on direction with a skeleton ...