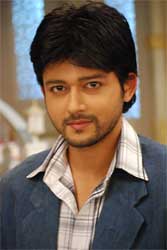 Karan aka Rahul Lohani, who had recently entered as an illegitimate child with a motive to destroy the Rajvansh family in Star Plus and Rajan Shahi's Sapna Babul Ka..Bidaai decides to leave the house on a positive note.

For the uninitiated as per the last episode as soon as Sadhana falls unconscious, Karan immediately calls for a doctor and in due course realizes his mistake and experiencing guilt for his actions decides to leave the house.

When contacted, Rahul confirmed the news saying, "Yes today it's my last day on shoot and my track will end on a happy note from negative to positive. I will realize that whatever I was doing was wrong also the entire family accepts me and forces me to stay with them. But over burdened by my guilt and with a heavy heart I decide to leave the house."

When inquired whether his character was supposed to be a cameo he asserted, "It's the creative decision and I respect them. Though initially when I was offered this role I was informed that it would be a long running character but I have no clue about this sudden change in the track."
On asking whether he is looking forward for any farewell party on sets today, he replied, "May be I have no clue I'll have some knowledge only after reaching the sets. But the whole team is very nice, the set is very warm and in a short span of time we all have gelled up well and I will surely miss them all", he signs off.

+ 3
10 years ago wow tht was grt .. frankly i didnt like this illegimate thing in such a clean shw!

+ 4
10 years ago He was a good actor!
I guess this track didn't register good TRP's so the CT is ending it so fast.

The track actually did have potential, but the CT screwed it up and made it illogical and boring.